Playing Wolfstride was a strange experience for me, but not in any way you’d expect. I really ended up enjoying my time in it. However, I can’t say that I felt like I would be giving it a good review in my first few hours. To me, it all came down to expectations, and the game certainly wasn’t what I expected. If I had gone in with proper knowledge of what kind of game Wolfstride was going to be, it wouldn’t have been such a rocky experience. I’ll make that part clear for you.

Wolfstride is a great visual novel with interactive gameplay elements. Even though the game markets itself as a mech-pilot RPG, you will be spending 90% of your time in Wolfstride following along with the story rather than piloting mechs. Don’t worry; every character is phenomenally voice-acted, and it won’t be just reading a mountain of texts. Genre is an important expectation to set for your customers. I spent the majority of my starting hours asking when the fights were going to happen.

If I wasn’t reviewing the game, I might have started skipping all the texts. I’m glad I didn’t, though, because, underneath the disguise of a cold mech, Wolfstride is hiding a loveable heart.

So Is There Mech Combat?

Yes, the game still has turn-based mech combat, which plays a central role within the story. However, most of the game’s time will be spent during the days between your tournament matches.

Let’s get into that a bit. You play as Shade, a dark, mysterious, perpetually-smoking cool guy with a troubled past (don’t worry, the game is very self-aware, and it’s part of its incredible humor). Shade is in a band of washed-up ex-criminals chasing after the fortune and thrills of what they used to be. In fact, the theme of characters living past the fading of their limelight creates serious Cowboy Bebop tones here.

Shade isn’t the mech’s pilot (although you still control it in combat). That honor goes to your good friend Knife Leopard, who, despite his name, is the most wholesome, supportive boy in the world. Shade fills in the manager role, making sure your hanger runs well, buying equipment, and earning money to fill out your expenses. This is why most of the game’s story occurs outside of the tournament days. 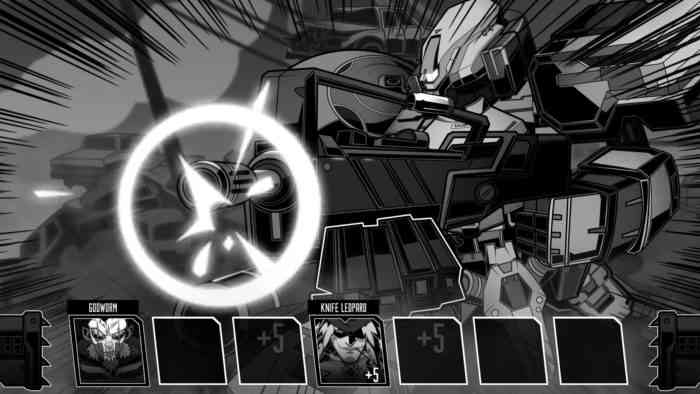 Gameplay-wise, the management side is… adequate. It’s one of those games with massive ludonarrative dissonance when it comes to money—where all the characters constantly complain about barely paying rent while your pockets are bursting with cash. So since the most challenging part of management, the financials, are taken care of, you can buy all the most expensive things and equip them to your mech. It makes the combat too easy.

It’s an unfortunate feedback loop. The mech combat system isn’t flawed, but it’s hard to appreciate it when you aren’t challenged. I understand that this is probably the case because they made it a story-centered game, and they wouldn’t want casual players to get stuck on it. If you are someone who is used to playing these sorts of games (especially mech games with a financial aspect like Mechwarrior), it just feels very shallow.

Gets Better and Better

Once I fully accepted that fact, I began appreciating Wolfstride, even the combat. However, the game’s writing is where it most shines. It’s legitimately one of the funniest-written story games I’ve ever played. Of course, comedy is subjective, but I find a remarkable lack of it in our medium. Games are usually quite good at little gags, but a full-on comedy is rare.

That doesn’t mean Wolfstride doesn’t take itself seriously. There is a genuine heart within this game that hits even harder when characters drop their facades for just a moment to let their vulnerabilities shine through. It’s a tricky balance, but the game manages to make it work, and I found myself falling in love with so many of the characters in this story. 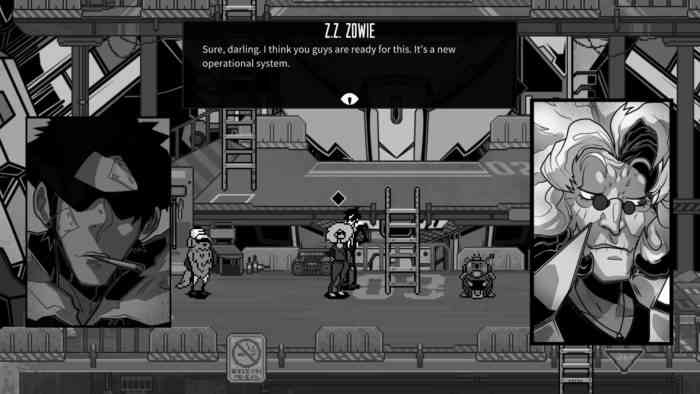 The story is backed up by gorgeous manga-style art and animation. For me, any anime aesthetic can get a little stale, but Wolfstride’s art is entirely original while maintaining the feel of its inspiration. As I said before, the voice acting is top-notch, and all the actors manage to bring this diverse cast alive. There are times when the characters should be furious and lashing out, or on the verge of tears, that I found the line deliveries never really reached those depths. This is a minor complaint in an overall fantastic performance.

Wolfstride might have gotten off to a rough start, but I think if you go into it knowing that it’s a story-forward game, you’ll enjoy it quite a bit. I ended up liking the game way more than I thought possible. It kept surprising me. It hooked me with its style, then its humor, and when I thought I knew everything, it showed me its heart. For only $18 CAD, Wolfstride has my strongest recommendation. 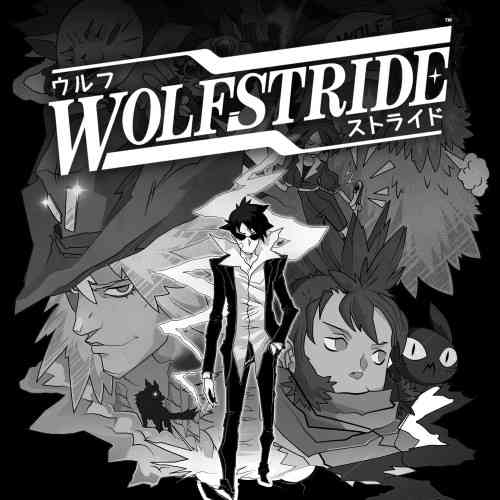 Smilegate Will Continue To Tackle Bots In Lost Ark Online
Next Loop Hero (Switch) Review – Second Verse, Same as the First
Previous White Shadows Review – A Twisted Tale That Needed to Be Told