The Pioneer of Web-Swinging Web Swings

Many old-school gamers would agree, 2004’s Spider-Man 2 for PS2, GameCube, PC, and Xbox set the benchmark for 3D Spider-Man games. It was a fact that Insomniac seemed aware of during the development of Marvel’s Spider-Man. As such, one YouTuber by the name of Nick Robinson decided to put the game in the hands of the original web-swing director from Treyarch. 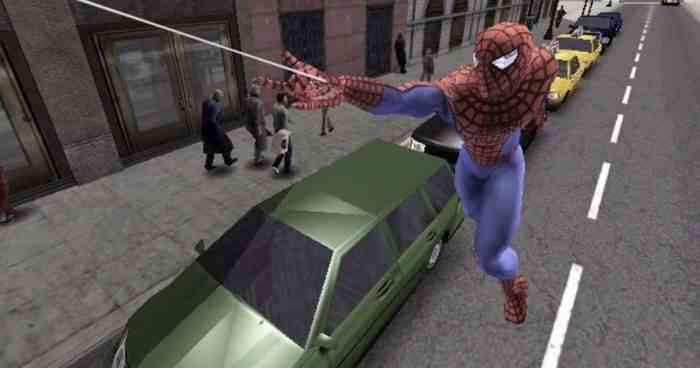 After the development of the 2002’s Spider-Man (or Spider-Man: The Movie), Treyarch director Jamie Fristorm derived a web-slinging mechanic that involved physics. Just as important, he created web shooters that actually stuck to walls. When he discovered that Fristorm had yet to play Marvel’s Spider-Man, Robinson drove to Bellevue, Washington to show the man Insomniac’s take.

If you played both the PS2 and PS4 iterations of the web-slinger, you’re bound to note some similarities. Before and after he started playing, Fristorm gave some neat and unique insight into the development of past Spider-Man games. The PS4 version, so far as he was concerned, is either so familiar or so intuitive that he easily assimilated to the mechanics. He even noticed how certain skill tree abilities directly paralleled those in the games he worked on. Unsurprisingly, the man was enraptured.

While Marvel’s Spider-Man is innovative and new in its own way, it definitely builds on the core concepts of its predecessors and even other superhero titles. The game is available exclusively for the PS4 and is primed for the release of its first DLC on October 23, 2018. Check back for additional updates as they arrive.