Just Cause 4 Will Come Out This Winter

A Gamescom 2018 presentation for Just Cause 4 was made public on Thursday and it showed nearly 20 minutes of gameplay. You can view the video below!

“It’s a game [that’s] built on a conundrum of systems that work at the same time,” explained the game’s director, Francesco Antolini. “So very often the unexpected happens.”

The gameplay video showed some of Just Cause 4’s vehicles, its grappling hook, and two of the four different biomes of the game’s world, Solis. 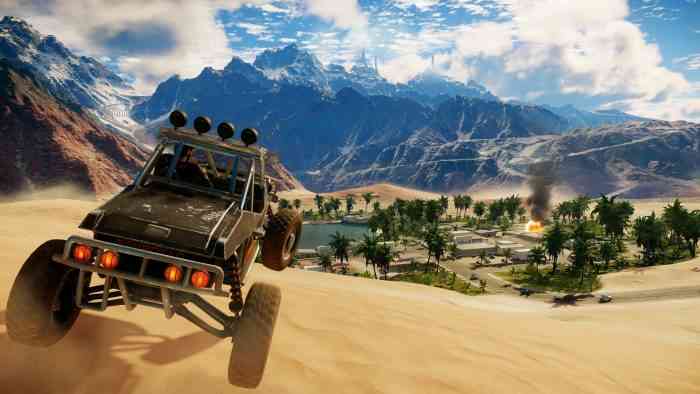 The video also showcased the customization system for the grappling hook. The attachments of the hook can be given different mods and, according to Antolini, there are “more than 4 million combinations” for mod loadouts.

“This means that, however you’re playing, if you compare your loadout to the loadout of a friend after some hours that you’re playing, you’re probably going to find that they are different, that they have discovered something that you haven’t or that she does something different than what you do and so on,” Antolini explained. “It’s really a tool that has endless possibilities in creative terms.”

What did you think of the gameplay video? Let us know your thoughts in the comments section below!

Just Cause 4 is scheduled to come out on December 4th for the PC, PS4 & Xbox One.

Whatcha Gonna Do When TerrorMania Comes to RAGE 2
Next
Spider-Man Webs to a Record-Breaking 3.3 Million in Sales in 3 Days
Previous
Sony Will Cease PlayStation Vita Production Next Year in Japan