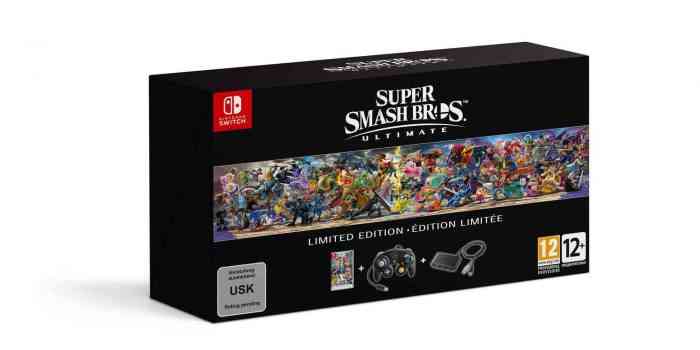 The sleek looking box contains the game itself and a fancy new Gamecube controller and Switch adapter. A price point has yet to be announced, but it’ll launch alongside the standard edition this December. Nintendo of Europe also announced after the stream that today’s newly announced characters will all be getting their own Super Smash Bros. Ultimate series Amiibos, alongside the Amiibos announced at E3 and a couple that have yet to be given release dates, Pichu and Ice Climbers.

Be sure to check out our coverage of the game’s official reveal from E3, and Sakurai’s concerns regarding the future of the series post-Ultimate. Super Smash Bros. Ultimate launches this December 7th exclusively for Nintendo Switch.

Let us know what you think in the comments below and be sure to stay tuned to COGconnected for all the latest gaming news!