Super Smash Bros. Ultimate Brings Every Fighter in the Franchise to the Fight

Literally Everyone Joins the Fight in the latest Smash Bros.

Holy crap, Nintendo is bringing every fighter that has ever appeared in the franchise to Super Smash Bros. Ultimate, whether they were original characters, DLC, or only appeared in one game.

A lot of characters are also coming with multiple forms such as Ike, who comes with variations from two different games, an official female Pikachu with a heart shaped tail, Princess Zelda in her Link Between Worlds design, and a whole lot more. A handful of characters are also getting revamped final smashes including Fox, Pit, and Ganondorf, and are bringing their dedicated levels with them, such as Solid Snake’s Shadow Moses. Other small details have been added like Olimar’s helmet cracking when he takes damage, Marth being voiced in English for the first time in the series, and fighters showing off more expressive facial animations. 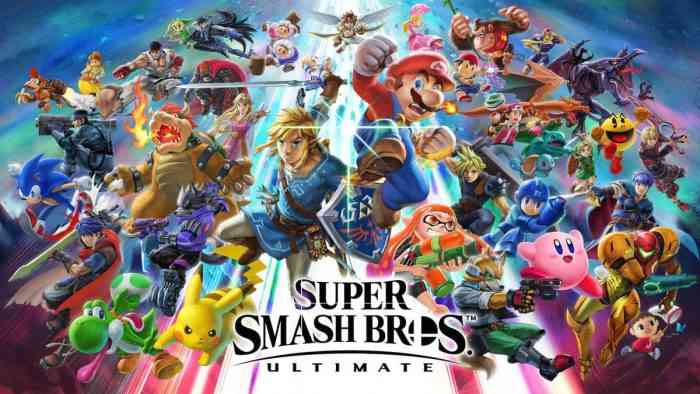 Another addition is “echo fighters” who are basically carbon copies of characters that already exist but play ever so slightly differently, including Dark Pit, Dark Palutena, and Princess Daisy is now Peach’s echo fighter counterpart.

The reveal also confirmed Splatoon’s Inkling as a new fighter, and the Squid Sisters as an assist trophy. Speaking of which, Assist trophies can now be KO’d, and reward players with points for doing so. Bomberman has also been included as an assist trophy this time around. A few others include a fake Smash Ball, the launch star from the Super Mario Galaxy series, and Waluigi.

Animal Crossing’s Tortimer Island, Moray Towers from Splatoon, Great Plateau Tower fom Breath of the Wild, will all be included as playable stages as well.

All stages have battlefield and Omega forms which hover like the fan-favorite Battlefield stages from past games. Also, damage will be increased in 1v1 battles, and in larger battles, the player in the lead will flash with light periodically. All current Smash Bros amiibos will be compatible with the title, as well as Amiibos from other series, and data from previous titles can be transferred over to the new game.

The Smash Bros. focused presentation closed with the confirmation of Metroid villain Ridley, who fans have been demanding since basically the dawn of the series, and a release date of December 7, 2018.

Let us know what you think of all the old and new content coming to the new Smash Bros in the comments below, and be sure to keep up with all of our E3 coverage including which legendary Pokemon comes with the Pokeball Plus accessory, and the badass new mech game coming to Switch!