Every Pokeball Plus Comes With Mythical Pokemon

Pokeball Accessory Comes With A Head Start On Catching Them All

During today’s E3 Nintendo Direct, Reggie Fils-Aime announced that every Pokeball Plus, the accessory to the recently announced Pokemon Let’s Go Pikachu/Eevee, will come with a free Mew. 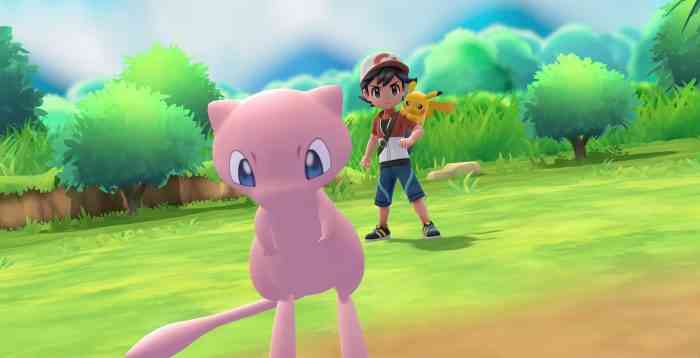 Once considered to be the most impossible Pokemon to find, Nintendo has been giving out Mew like hotcakes across the 3DS titles, and the mythical Pokemon was recently brought to Pokemon GO.

There were no further details released on the title or the accessory, but it drops this year on November 16th for Nintendo Switch.

Are you gonna be picking up a Pokeball Plus? Let us know in the comments! And be sure to keep up with all our E3 coverage including Star Fox appearing in Ubisoft title Starlink, and the announcement for Just Dance 2019!

The Next Official Pokémon Presents is Coming Soon, Find the Date Here!
Next
Super Smash Bros. Ultimate Brings Every Fighter in the Franchise to the Fight
Previous
Daemon X Machina Is A Stylish Mech Game Coming to the Switch