Rose’s New Role Could Lead to a Spin-Off Series

According to reports, Orange is the New Black star Ruby Rose will don the mask of Batwoman in the upcoming Arrow-verse crossover. Afterward, she may star in a spin-off pilot with its very own time slot in the CW. 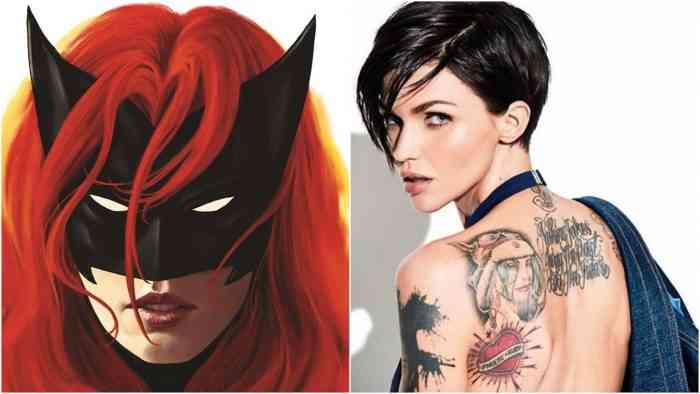 Described as a young woman with a passion for justice, Kate Kane is a bit derivative of the Batman character we all know and love. More than a multiverse replacement, however, Kate carries her own arc in the comic book mythos. Motivated by her own backstory, Kane is another force for Justice in Gotham, a force integrated into the crimefighting group characterized as “The Batman Family” which includes the dark knight himself, characters who’ve moonlighted as Robin, and more. Moreover, being a Lesbian, Batwoman is the first and only member to represent the LGBTQ.

CW president Mark Pedowitz shared next to nothing about Batwoman (and Rose’s) role in the upcoming crossover, except that it’s “big enough that we’ll think about doing a pilot and series with her.” If the series is greenlit, it will be executive produced by Geoff Johns (Justice League, The Flash), Sarah Schechter (Supergirl, Black Lightning) and Greg Berlanti whose produced all of The CW’s superhero shows. Additionally, Vampire Diaries executive producer Caroline Dries would serve as writer and showrunner.

A summary of the potential Batwoman standalone comes as follows: “Armed with a passion for social justice and a flair for speaking her mind, Kate Kane soars onto the streets of Gotham as Batwoman, an out lesbian and highly trained street fighter primed to snuff out the failing city’s criminal resurgence. But don’t call her a hero yet. In a city desperate for a savior, Kate must overcome her own demons before embracing the call to be Gotham’s symbol of hope.”

As a side note, you can also find Batwoman in DC’s animated film, Batman: Bad Blood.

Let us know your thoughts on this casting. Do you think Ruby Rose is suited for the role? Comment down below.