Valve is no stranger to shady games and apps on its platform. Steam has been home to a whole bunch of scummy asset flips and achievement farms over the years, yet this seems like a new level of sinister design practices. It looks like Abstractism has been using players’ CPUs for crypto mining on the sly. 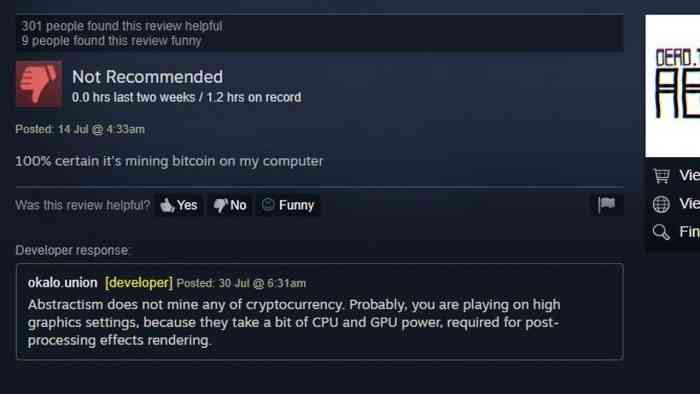 Okay, so the evidence isn’t concrete at this stage. However, the game does come with a “critical file” that ends up being blocked by most antivirus software on the market. The developer has stated that the unusual CPU load people are experiencing is probably due to them playing on high graphics settings. Also, in what is certainly an unrelated coincidence, the game is no longer anywhere on steam.

The sudden disappearance (as I was writing this article in fact) is likely due to another, wholly unrelated, scam happening around Abstractism, the sale of fake TF2 items. Apparently items were being sold through the game/developer that looked identical to items you could purchase for TF2, only they were utterly bogus. Of course, other things for sale were just racist and homophobic memes, because of course they were. Regardless, this is just one more “game” that’s been stamped out and flushed away by Steam’s slow-moving enforcers. Perhaps one day we’ll be free of this weird tyranny. 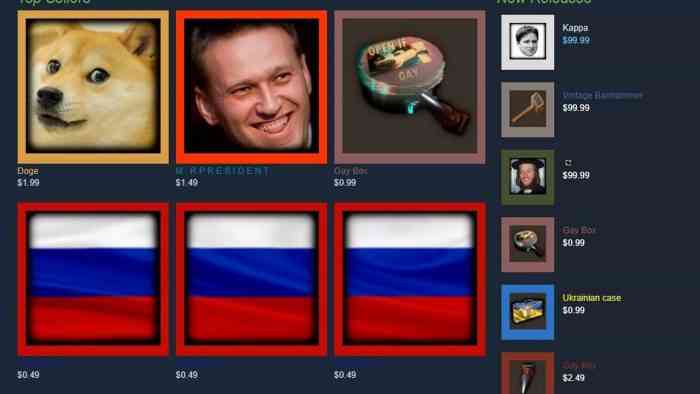