No Man’s Sky Isn’t Getting Sandworms

Remember the giant sandworms in the pre-release trailer of No Man’s Sky? If you were hoping they were going to make it into next weeks update, don’t get your hopes up—it appears that they were axed for good. 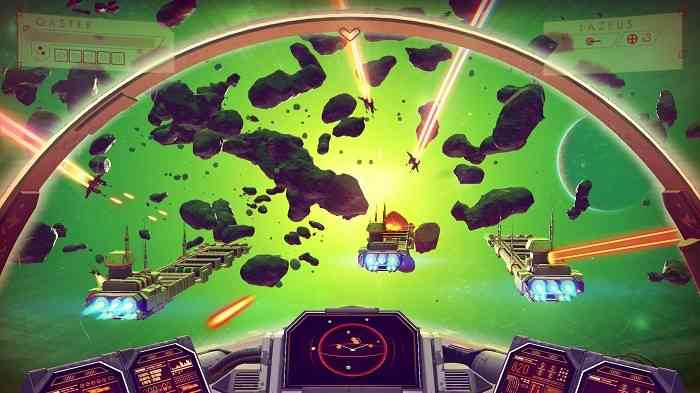 Hello Games founder Sean Murray recently spoke on the giant sandworms and the reason that they aren’t going to make it into the game.

“In one of the early videos, we show this giant kind of sandworm, and it turned out, as we went through development, that wasn’t very fun,” he said. “People would hate them within the game. They would be totally overpowered to the player. It would just come from nowhere, and it just wasn’t very fun. And it didn’t make sense within the scale of the game.”

But multiplayer is finally coming to the game in the Tuesday update, although it’s not going to bring the non-stop player-vs-player battles that some are hoping for.

With that in mind, people are going to have the option to opt out of PVP.

Murray also claims that the update is going to bring more community support for the people that have been organizing their own unique space societies.

“Post launch, we’re going gonna start doing weekly updates with content and community missions and things like that,” he said. “There’s a website that we’re launching that will show people where hubs and factions are, and how much they’ve explored the game and stuff like that. That’s mainly if you are interested in that side of the game. We’re supporting that loads more.”

No Man’s Sky currently has tons of governments, factions, and even police forces backed by the community—all without the support of Hello Hames.

The next No Man’s Sky update is set for July 24.


No Man’s Sky Receives a Massive Spike Of New Players

No Man’s Sky Gets Crossplay, Goes to Game Pass Tomorrow