Earlier today, we reported that Nintendo recently held a shareholders meeting where outgoing President Tatsumi Kimishima, who was attending his final meeting, answered questions about the Switch’s production schedule and whether changes in the semiconductor market will hinder the company’s plan to hit their 20 million shipments target. You can read about that here. Today, we also learned that Nintendo may have underestimated their E3 showing as not everyone is happy about a new Pokemon and Smash game, including investors.

At E3 this year, Nintendo decided to showcase just a few key games, most notably Super Smash Bros. Ultimate and Pokémon: Let’s Go Pikachu and Let’s Go Eevee. Sure, those are big games to many fans; however, many who have been with Nintendo since day one were expecting more.

Today, we learned that Nintendo’s stock has dropped around 17% since E3 2018. Granted, this can be attributed to slower Nintendo Switch sales recently; however, the lack of amazing games (or games on par with Breath of the Wild and Mario Odyssey) on the 2018 docket is likely a major factor. 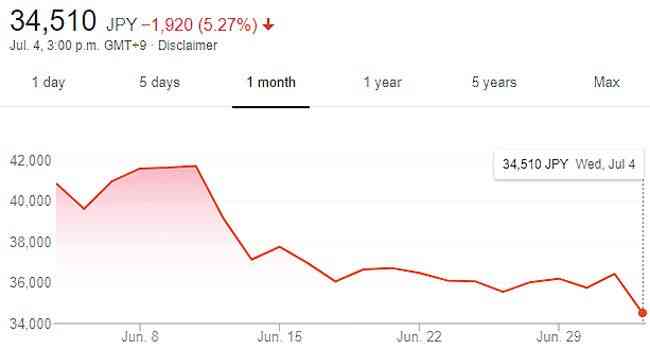 Fear not, good news and more games are on the way. At the general shareholders meeting, Nintendo suggested more games are in the works. Outgoing president Tatsumi Kimishima reported that Nintendo hasn’t revealed it’s full 2018 lineup yet, and promised additional holiday titles will be revealed at an appropriate time.

Kimishima also reconfirmed that Nintendo plans to ship 20 million shipments for the Switch in the current fiscal year, which runs between April 2018 and March 2019.

Kimishima was also asked about Nintendo’s E3 presentation and how the company’s stock value took a hit following its digital broadcast. He went on to say that the company will disclose more information at an appropriate time and that more products will launch later this year. He called their software lineup for the year a “powerful lineup” and that the full lineup will be announced later.

We admit, we were left a little underwhelmed with Nintendo’s E3 presentation. What did you think? How do you feel about the future of the Switch? Share your thoughts in the comment section below.