Ubisoft Shows Off Beyond Good & Evil 2

Jade Returns to Beyond Good & Evil

Ubisoft premiered a new cinematic Beyond Good & Evil 2 trailer today, the first since last year’s E3, and features a “ferocious, young Jade.” The developer also showed off a bit of gameplay footage.

The trailer introduces a couple new characters including Uma, the crew’s “holistic chief medic”, and Hallum, who seems to be a Han Solo-esque character. The presenting developers said “all characters (will be) playing a major role in the prequel, in which you play as a space pirate captain during the 24th century. Ubisoft will be showing off a behind closed doors demo at E3, featuring the Sacred city of Ganesha, a beautiful city featuring art inspired by the Hindu God of the same name “with a seedy underbelly”, shown in the game’s first pre-alpha gameplay footage. The title will also feature ground and space combat.

Ubisoft also announced that they’ll be bringing in help from fans and artists around the world through a partnership with actor Joseph Gordon-Levitt’s hitRECord named the “Space Monkey” program to bring original content and art to the sequel, with the first “challenge” available to enter now. The company has a strong focus on collaboration, encouraging fans to work together to make art that’ll be on city walls and music for the Space Pirate Radio. Joseph Gordon-Levitt took to the stage to talk about the initiative, and said that this project is  “the first time we’re making stuff that’s gonna go into a video game.” 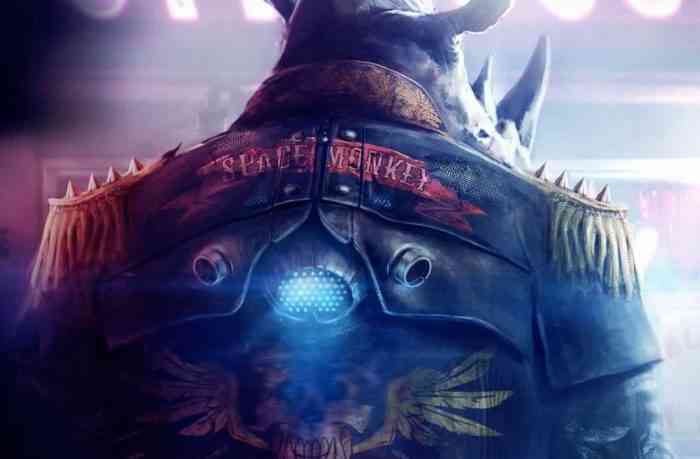 There was a super cute moment as the presenting developers walked off stage, assumingly not knowing their mics were still on and everyone could hear them, saying “we nailed it!” and celebrating their successful showing of the game. Super wholesome stuff.

What do you think of the new trailer? And will you be contributing to the Space Monkey initiative? Let us know in the comments! And be sure to keep up with all of our E3 coverage including the new Trials game, and what the internet thinks of today’s Square Enix presentation!