After a chilling trailer for The Last of Us Part II, Sid Shuman confirmed that Black Ops 3 will be coming to PS Plus subscribers later tonight, as well as four remastered maps from the original Black Ops. 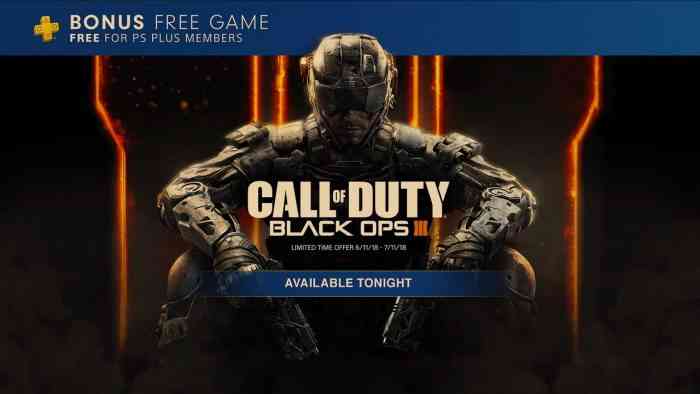 In anticipation for Call of Duty: Black Ops 4 later this year, Sony announced at their E3 conference that Black Ops 3 will be available for free to all PS Plus subscribers tonight. This news comes off the shoulders of their previous announcement of the night.

For players who pre-order Black Ops 4, they will also be getting four remastered maps from the original Black Ops to play in Black Ops 3 multiplayer. These maps are:

These maps are available immediately to players who pre-order Call of Duty: Black Ops 4 through the PlayStation store. For those of you who forgot, Black Ops 4 will be released this year, on October 12th.

This article will be continue to be updated as E3 progresses, so be sure to check back later on for more details!

EA’s Big Summer Event Not Happening
Next
Ghost of Tsushima Gameplay Revealed at E3 2018
Previous
God of War Is Getting a New Game Plus, Sony CEO Confirms