God of War Is Getting a New Game Plus, Sony CEO Confirms

There’s Still More to Do in God of War

Announced at Sony’s E3 showcase, the critically acclaimed God of War is getting a New Game Plus. Previously, the developer demonstrated a commitment to their title with the recently implemented photo mode. Unsurprisingly, since fans were also vocal about this feature, the game’s single-player progression will bring the opportunity to play more even after the main story is finished. 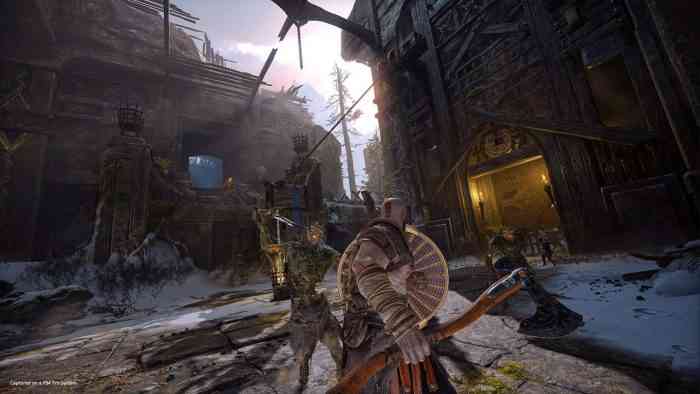 Currently, God of War has a high amount of end-game content. After the completion of the story, there are various trials, hidden areas to explore, and collectibles to find. Even now, director Cory Barlog attests to the fact that there is at least one secret players haven’t found in the game. That is to say, the devs over at Sony Santa Monica have encouraged players to pursue progression beyond the single-player storyline. With the addition of a New Game Plus, however, we now have a perfect excuse to dive back in.

Development of a New Game Plus for God of War was confirmed by Sony CEO Shawn Layden. Expect updates, thing being a developing story. The game is available now, exclusively for the PS4 and PS4 Pro. Stay tuned for more news coming out of Sony’s E3 showcase and beyond.

Destiny 2 Has Some Big Changes for Iron Banner in Season 18
Next
E3 2018: Black Ops 3 Now Free on PS Plus, with 4 Remastered Maps on the Way
Previous
Sony Kicks Off E3 Conference with Subtly Heartbreaking The Last of Us Part II Trailer