Following her departure from Naughty Dog where she created the wildly successful and iconic Uncharted series, Amy Hennig was hard at work on a new Star Wars title with Dead Space developer Visceral. The project underwent some development woes including EA higher-ups calling it “too linear” and transferring development to EA Vancouver, before EA shut down Visceral Studios this past October. Since then, nothing has been heard of regarding the unsure future of the Star Wars game, or legendary writer/director Amy Hennig, until now. 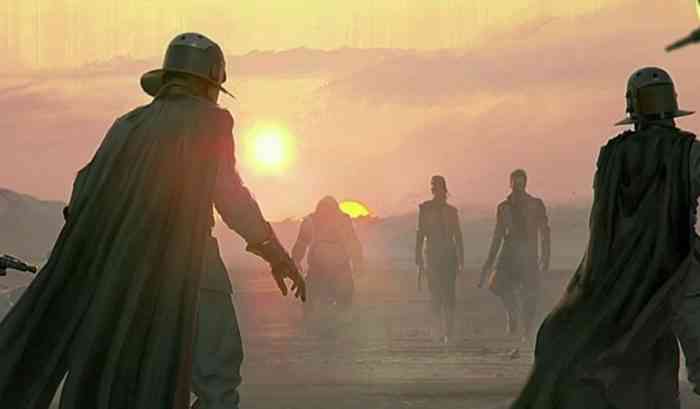 Speaking with Eurogamer at the Gamelab conference in Barcelona, Hennig claimed that she split from EA back in January and has since been working on starting up a studio of her own.

In regards to the Star Wars game she was creative director of, she stated that the project has taken quite a different form since her time with it, but hopes to see the idea her team was working on be resurrected in some way.

“So yeah, I’m not doing anything Star Wars. And, who knows what the future may hold, but that project is on the shelf now. The Vancouver studio is working on something pretty different. It’s really not… Y’know, once you go more open world it’s such a different game to the one we were making. Everybody loved what we were doing and I’d love to see us resurrect that somehow, but it’s complicated.”

Word is that the project is pivoting towards more of a “Games as a Service” format that’s gained popularity in the past few years.

It’s a shame for everyone that EA and Hennig couldn’t make it work, especially seeing as the community has made it clear that single-player games are here to stay and Amy is itching to publish a game after 6 years without doing so. Speaking personally, as an enormous fan of Hennig’s work on the Uncharted series and a born-again Star Wars fan, the marriage of the two was a dream too good to be true.

In other recent Star Wars game news, Battlefront 2 is getting Clone Wars content in the future and Titanfall developer Respawn is working on a new title for the franchise as well.

Be sure to keep it locked to COGconnected for all the latest gaming news.

Apex Legends Reaches Its $2 Billion Milestone
Next
The Halo TV Show Is a Go, Showtime’s ‘Most Ambitious Series Ever’
Previous
Xbox Free Games With Gold For July Revealed