EA is closing down Visceral Games today, the studio behind Dead Space series, Kotaku’s Jason Schreier reports. It’s incredibly disappointing as the studio was working on a title led by Unchartered‘s Amy Hennig for a single-player action title set in the Star Wars universe. With the studio shutting down, what happens to that project that was announced in 2014 when Hennig left Naughty Dog? 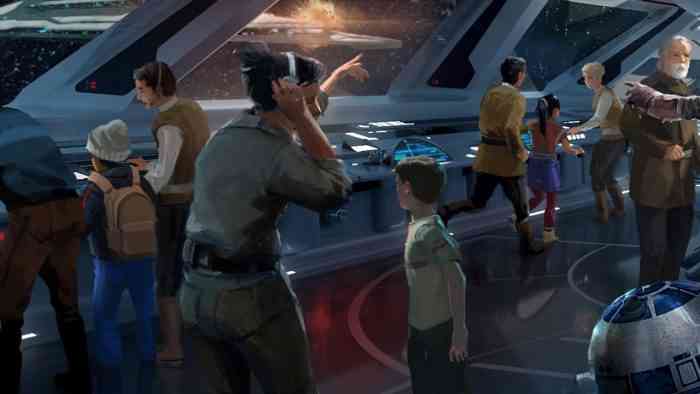 Well, it’s a bit complicated. Basically, the Star Wars game that was being worked on by Amy Hennig’s team is being reworked into something new. “A development team from across EA Worldwide Studios will take over development of this game, led by a team from EA Vancouver that has already been working on the project,” EA’s Patrick Söderlund said in a blog post. “Our Visceral studio will be ramping down and closing, and we’re in the midst of shifting as many of the team as possible to other projects and teams at EA.” One important takeaway from that blog post was how he noted that the project was originally shaping up to be ” a story-based, linear adventure game.” But, it appears the new Star Wars game rising out of the ashes of Visceral Games’ project will follow a “games as a service” model as  Söderlund said, “It has become clear that to deliver an experience that players will want to come back to and enjoy for a long time to come, we needed to pivot the design.” Söderlund added that the game was originally planned for a 2019 release, but will likely need a new release window, which will be announced in the future.

Schreier got a second scoop later with an internal email from Söderlund about the state of the project codenamed Ragtag:

A development team from across Worldwide Studios will take over development of Ragtag, led by the EA Vancouver team that has already been working on the project. Steve Anthony [an Executive Producer at EA] will lead this team, and we will use much of the work that has been done to date by Visceral – the assets of Ragtag that have already been built will be the foundation of this new game.

As someone who’s a very casual Star Wars fan, I was very excited about Amy Hennig’s take on the Star Wars franchise as we could have gotten Unchartered-like thrills in that iconic backdrop. It’s unclear where this reshuffling of Visceral Games staff leaves Hennig, but she may be out.

EA spokesperson tells me: “We are in discussions with Amy [Hennig] about her next move.”