The First Trailer for The Predator Plays up the Assassin Hype

We are several installments into the Predator franchise—not including Alien vs Predator—and, yet, another has arrived. Last year, we finally got a look at the cast, and it probably seeks, in vain, to match the testosterone of the original movie. Nevertheless, the short teaser we’ve been provided with provides a worthwhile glimpse of what we can expect.

Warning: this is one of those trailers that has its own trailers. Therefore, if you’re really touchy about that kind of stuff, you can skip to the five-second mark.

Previously confirmed, we witness the return to of the R-rating. Which means the film, helmed by Shane Black (Kiss Kiss Bang Bang, Iron Man 3, The Nice Guys), will maintain the original’s integrity. And, paving the way for us in this gory return to form is Boyd Holbrook (Narcos, Logan). Per the trailer’s reveal and confirmation, the actor will be accompanied by Trevante Rhodes (Moonlight), Keegan-Michael Key (Keanu), Thomas Jane (Punisher), and Sterling K. Brown( The People V.S. O.J. Simpson). Furthermore, we catch a brief look at Olivia Munn’s role, and the dialogue seems to suggest that she’s some sort of scientist (vague, I know). 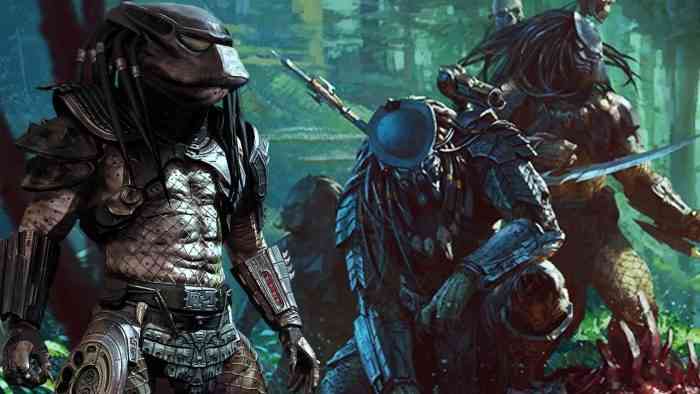 A while back, Holbrook commented on where this upcoming film lands in the timeline, saying it’s “absolutely new in terms of the story that we’re talking about today, and rooted in something real. It’s real fresh. I don’t think you’re going to see Schwarzenegger. It would kind of make it a gimmick. It’s horror, science-fiction and a western.”

The predator will hit theaters on September 14. Expect updates and additional tidbits and trailers as we make our way to Fall.

Is Rainbow Six Extraction the Alien Shooter We’ve Been Waiting For?

The Gunk Out Now on Xbox and PC