The isolation and mystery that lies in the abyss of space are the foundation for numerous horrors. Alien, Event Horizon and of course, Dead Space are just a few examples that use the setting to tell demented tales that aim to gnaw at the insecurities in our psyche. After a sustained period of silence, the co-creator of the aforementioned cult classic is back with The Callisto Protocol. Will this tentative trek down a foreboding corridor be a scream or a nauseating slog?

You take on the role of Jacob Lee, a cargo hauler, who finds himself stranded on a Galilean moon. Without reason, you are callously thrown into the infamous Black Iron Prison which hosts an unsavory virus. Soon, inmates are infected and all order is lost resulting in anarchy. You must now work with convicts to form a plan of escape and find out about the sordid secrets that fester within the penitentiary. While the plot is conventional, established actors deliver strong performances that carry the narrative.

There’s Something in the Shadows

The Callisto Protocol nails the atmosphere. A sense of impending doom and dread reside due to the oppressive corridors. Darkness looms and lights flicker which builds anxiety as you question what may lie beyond. Due to this, you will cautiously walk towards your objective with an overbearing weight of anticipation eating away at the back of your brain. Surfaces wear the scars of prior events and build a narrative about what previously occurred. Blood and tissue glimmer in the light to create a sickening aura that oozes throughout. The low hums and skittering of legs across hard floors echo around the environment, further building tension. Because of this intoxicating combination, you’ll be in a constant state of unease during your escape from Black Iron Prison. 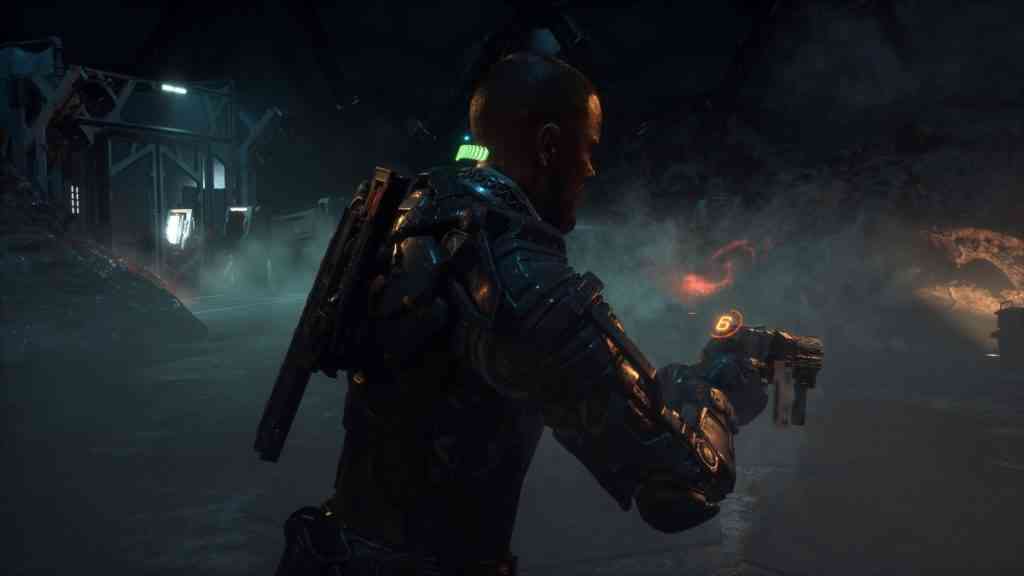 Combat is central to the experience. With the stun baton, you can pummel mutants in a brutal and visceral manner. As foes lurch towards you, they viciously strike which requires you to dodge and counter. This can be difficult as you need to keep calm in panic-inducing moments and read attacks rather than failing your weapon. Due to the intimate camera angle, the savagery of fights is amplified. You will witness your enemy’s skull cave in as you relentlessly club them. In one on one situations, this works incredibly well. There’s an unrivaled intensity that keeps you on edge, however, this leads to frustration as more creatures approach.

In order to deal damage to multiple foes, you will need to use everything you have at your disposal. You can easily combine melee and ranged attacks or use your gun to target particular body parts. A highlight of The Callisto Protocol is the GRP. With this gauntlet, you can grab enemies and launch them into spikes, gears and other environmental items. This is a powerful device and requires batteries to be used. Because of this, you cannot overuse the ability to easily eviscerate all in your path. You must methodically plan how and when to take down beasts through the amalgamation of all of your attacks. 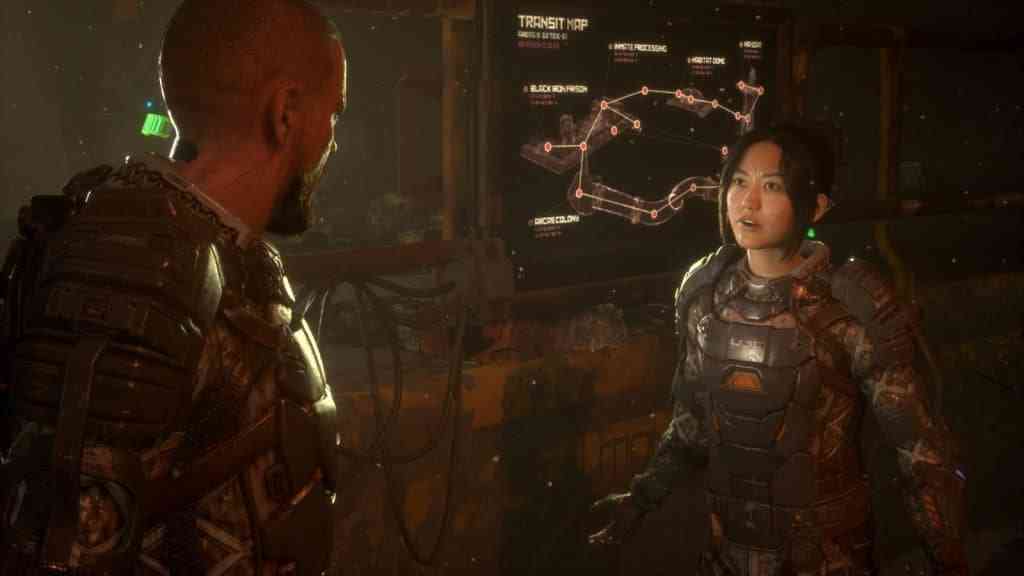 Death is inevitable. Opponents will overwhelm and kill you in grotesque and gruesome ways. The small cinematic to communicate this is vile. You’ll experience scenes where brutes will literally devour your skull and amputate limbs. Although the first half of the game is brutal, you slowly build your skills to equal and eventually overpower the mutants. A skill tree allows you to develop aspects of your arsenal. Via credits, you can upgrade numerous elements of your weapons to improve your output on the battlefield. Unfortunately, credits are sparse and it can take a while to earn these modifiers.

Enemies come in different forms which require you to alter your approach to encounters. Most mutants can be dealt with in a typical manner, however, you can use stealth against some. You can crouch and sneak up on ticker-like foes to barbarically slaughter them. Alas, this is a little inconsistent. At times it works perfectly, while at others, it will not trigger the action and leave you open for a quick death.

Movement is purposeful and builds suspense. Although this adds to the trepidation, the cumbersome movement makes combat against multiple creatures quite difficult. Fortunately, checkpoints are generous which means you will rarely have to re-do large portions when you die. 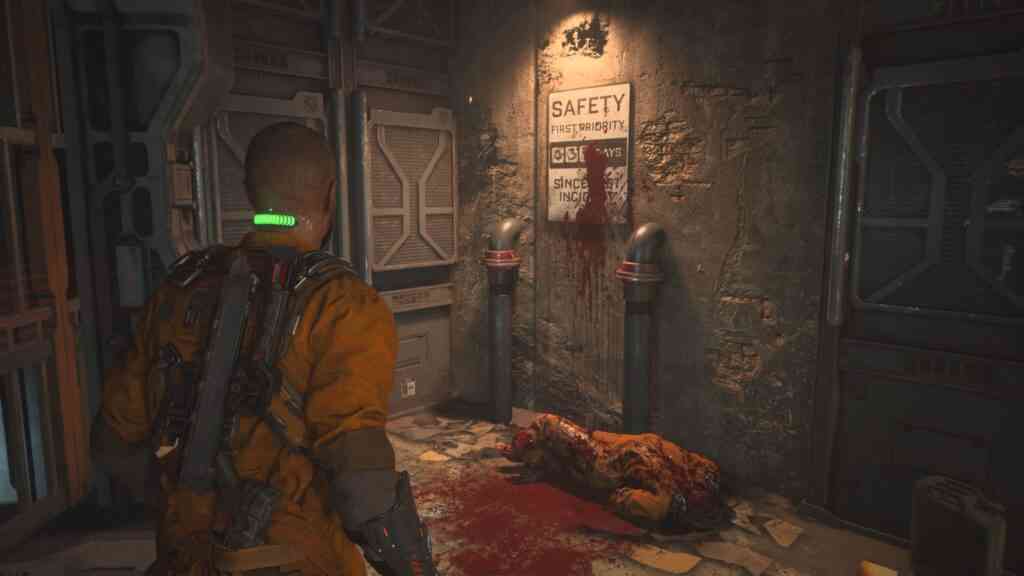 The game is refreshingly linear. This allows Striking Distance Studios to create a number of blood-curdling scripted sequences to keep you in a constant state of agitation. While odd sections allow you to slightly drift off course, the majority of The Callisto Protocol is a straightforward path. Without the worry of creating a large map, the developers are able to fill each area with a remarkable amount of detail. This means that each aspect of the world tells a hideous story and purposeful scares make this a nerve-wracking experience.

As a spiritual successor, the game adopts many traits that are similar to Dead Space. The HUD is implemented within the design, the limbs of your opponent can be blown away and the tight camera obscures your view. While comparisons are expected, The Callisto Protocol does differ. The melee-focused combat cranks up the intensity of encounters but ultimately stumbles when facing numerous enemies. Some may not like the linearity but I felt that this helped with the pacing of the game and the effectiveness of scares. Although it never reaches the heights of its predecessor’s first two outings, it still offers a trembling trek through a terrifying detention center.

***A PlayStation 5 code provided by the publisher*** 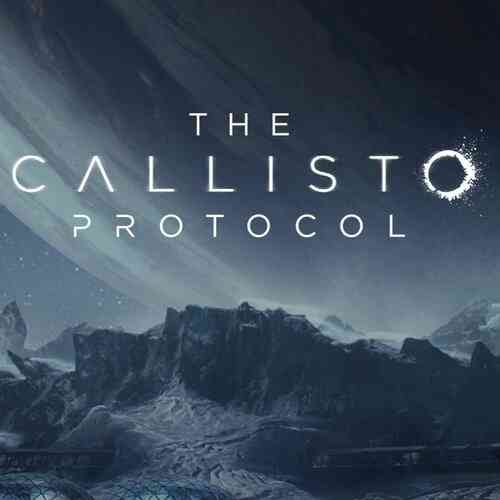