The game begins about five years before Final Fantasy VII. The Wutai War is just wrapping up with a crushing Shinra victory. Shinra Electric Power Company’s global dominance is virtually unchallenged. At the top of Shinra are the three SOLDIER First Classes: arrogant Genesis, fatherly Angeal, and the ever-distant Sephiroth. But all is not well.

The mako reactors Shinra conquered the world with are now slowly killing the Planet. The shining city of Midgar sits above a skyless slum. And two of the three SOLDIER Firsts are about to violently defect from the company that rules the world. Against this turbulent backdrop, SOLDIER Second Class Zack Fair must come into his own. He’s always wanted to be a hero. He’s about to discover that, in a fundamentally unfair world, heroism is a difficult and painful thing.

Crisis Core -Final Fantasy VII- Reunion does a great job of bringing Shinra Electric Power Company to life. Zack’s idealism is constantly battling the harsh reality of where he is and what he’d paid to do. You’re a cog in the machine that is slowly draining the life out of the planet. This dissonance drives most of the conflict in the game.

This is a game about two main themes: relationships and unsustainable situations. Zack’s bonds can hold him together when he has nothing else. But he, like every other character in the game, is trapped in a capitalist dystopia where the only company that employs people also destroys everything it touches. Love, friendship, and honor alone can’t save him from Shinra. Something has to give. 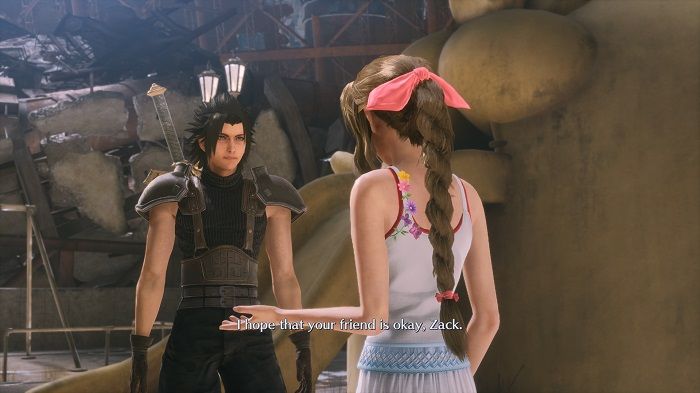 I will admit that the pacing is not the best. A lot of the main storyline is rushed. There are a number of time skips and way too many minigames. However, this title may have the best approach to incorporating relationships into an action RPG I’ve ever seen. The slot machines I praised before are attached to the game’s Limit Break system. Each Limit Break is attached to one of the characters Zack meets and feels strongly about. Once you’ve encountered these characters in the story, you have a chance of seeing a short cutscene of them interacting with Zack. Most of these are just small moments not featured in the main storyline. Some are linked to major events, while others are just cute interactions. All of them do a great job of establishing what—and who—Zack is fighting for.

Another brilliant innovation is the dedicated side quest menu you can use to access every mission in the game. I want one of these in every game I play.

The game has its classic fantasy trappings, but the primary aesthetic is industrial horror. Neon lights, gleaming skyscrapers, and rusting structures create a dank and eerie atmosphere. Industrial espionage and betrayal lurk behind every corner. You spend as much time on petty departmental rivalries or cleaning up after Science Department as you do actually helping people. Zack often seems to assign himself missions to help those living in Midgar’s slums. It all feels very dystopian. 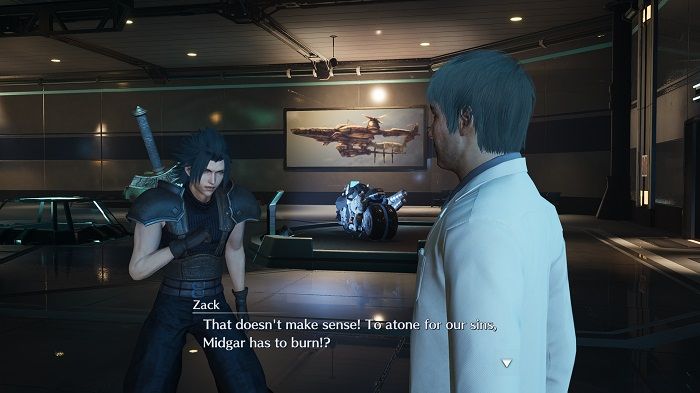 Pursuing side quests only adds to the feeling of wrongness. Something is rotten in Shinra, and trying to find the truth may destroy everything Zack believes. There’s a ton of optional content in each chapter. This includes hours of collectibles, emails, side quests, and optional dialog. It all helps to flesh out the world and especially Shinra. Zack isn’t existing in a vacuum—his victories and failures have a real impact on those around him. And he always seems to be failing somebody, no matter how hard he tries. For the most part, I agree with the changes made in this updated version of the story. However, I’m bitter that the writers meddled with how some of the minor scenes play out. Let Zack proudly declare himself Midgar’s number one hottie.

On a mechanical note, Materia add a real strategic element. Choosing whether to bring a passive ability booster, a unique skill, or a powerful attack always kept things interesting. The slot machine is unpredictable, so I ended up constantly modifying my load-out on the fly. This kept me from falling into a rut unless I was in a machine dungeon.

I mentioned that I like the soundtrack in my preview. Let me repeat myself here: the soundtrack of this game is excellent. The updated cutscenes continue to be gorgeous and the graphics are pretty solid. You can tell this used to be a handheld game, but it sure has gotten a glow-up. Meanwhile, the digital artbook and mini soundtrack are fun extras, but I certainly wouldn’t have bought them separately.

The Core of the Crisis

I’m going to say something bold here: Zack Fair is the hero of Final Fantasy VII. That’s why it was so important that he was a very minor character in the original game. I love that Cloud stepped into his shoes. I wouldn’t swap Zack with Cloud for an instant. But I’m also absolutely overjoyed that I had the opportunity to watch Zack shine in his own title. That said, if you don’t like Zack, you definitely won’t like this game. 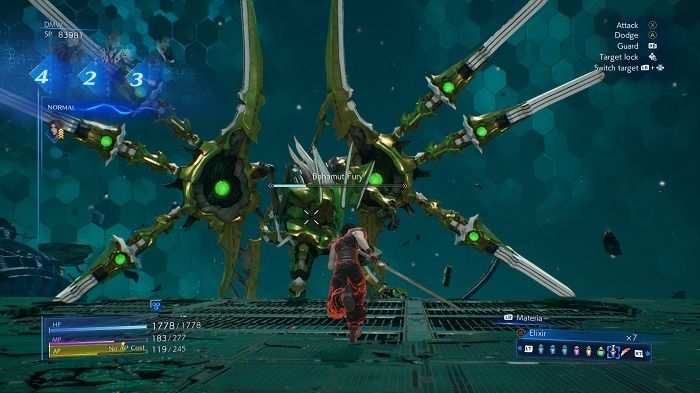 The side quest dungeons are very short, so they never overstay their welcome and there’s almost no chance of getting lost. This brevity also means the designers could include a wide variety of environments to wander through. And since most of the quest-based enemies are visible on the map, you can study them while you’re approaching. Main story dungeons are often longer, but they’re all quite distinct. And the only one I got lost in was the lab/mako reactor level, and that’s because the map turned off.

The downside is that every side quest plays out in exactly the same way. Sneak around a level, mapping it out and gathering items while fighting random encounters. Then, when all the items have been found, I fought the designated enemy. Bam, quest over. If you like more variety in your action JRPGs, this is a definite point against this game. 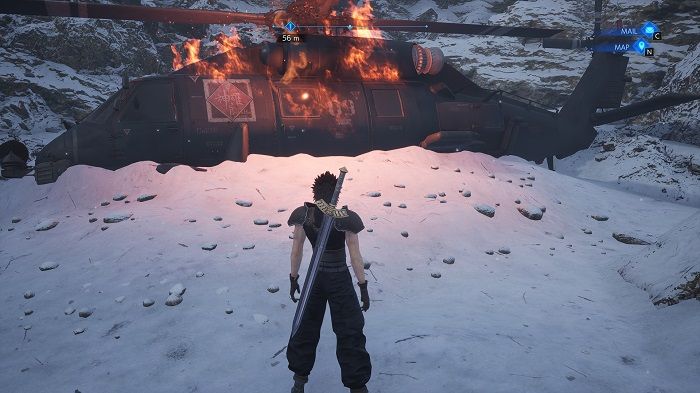 Crisis Core -Final Fantasy VII- Reunion is equal parts cheesy, satirical, thought-provoking, and nostalgic. The pacing is often questionable, but the atmosphere can be incredible. The writing can be awkward, but the characters are dear to my heart. And although I already knew how Zack’s story ended going in, I still wanted to watch the journey. I’d heartily recommend this remaster to any fan of Final Fantasy. And if you really want to jump in here, go for it. It sure is a great time. 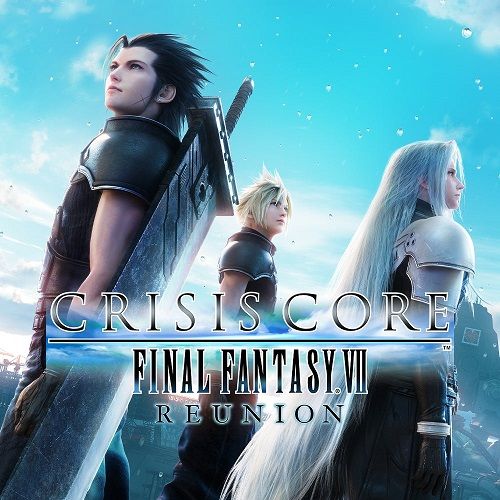