Stay Awhile and Listen, Heroes of the Storm

In a recent video from the official Heroes of the Storm YouTube account, they’ve ported back to sanctuary to identify their next hero, which is none other than Deckard Cain, Diablo’s original lore-master. Cain’s famous greeting, ‘…Stay awhile and listen.’ , has even been turned into a powerful spell that puts his enemies to sleep! 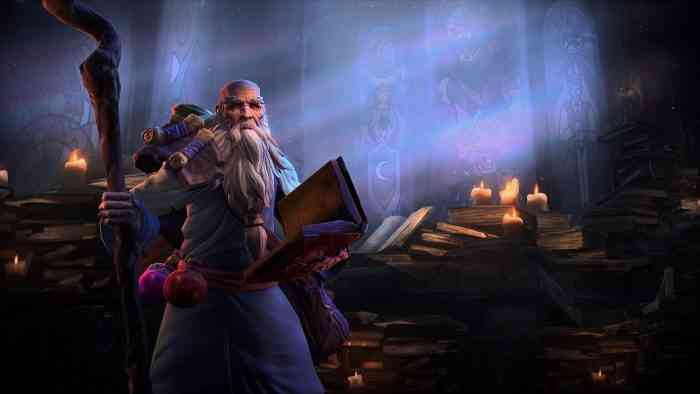 Deckard Cain is now the newest member in the Heroes of the Storm legendary roster, and will be playing the support role. His abilities allow him to heal his allies, damage his enemies, and control the flow of battle by ensnaring the enemy team with spells that slow and hold them still.

The last two heroic abilities allow him to either put his enemies to sleep with ‘Stay Awhile and Listen’ or to conjure up a ‘Lorenado’ to wreak havoc on the enemy team and knock them all aside. You can check out hows Cain’s abilities work in Heroes of the Storm with the video below!

For a more detailed look at Cain’s abilities in Heroes of the storm, Blizzard have listed the details of his abilities:

For the heroic abilities:

Are you looking forward to playing as the newest hero to join Heroes of the Storm? Let us know!


Hogger Charges Into Heroes of the Storm

Blizzard Masks Are Available in the Styles of Several Blizzard Games