The Scourge of Elwynn Forest Brings Chaos to the Nexus

When Heroes of the Storm closed its esports league, activity on the game slowed down. Activision Blizzard has only added five new characters to the game since, but that number has included fan favorites like Mei, Anduin, and Deathwing. Now another beloved face–er, sort of–from World of Warcraft is making his way to the Nexus, and we couldn’t be happier. That’s right, notorious rare monster Hogger is now playable! He’s a Bruiser who specializes in crowd control, burst damage, and chaos, plain and simple. He’s also just nostalgic as hell, and in this current climate, we could all use a dose of nostalgia.

For those of you who don’t know, Hogger is one of the first rare monsters you stumble across in World of Warcraft–a big, hungry Gnoll with a chip on his shoulder. He was a touchstone for early players, who would organize raids at level one for a chance at taking him down, and he still maintains a certain level of nostalgic popularity. In other words, he’s the cult classic of WoW monsters. In HotM, you won’t be able to set up a raid to take him down, but never fear–this incarnation of Hogger has some clearly defined weaknesses. Specifically, poke damage and mobility.

Hogger can also turn into a tornado of violence, which is pretty cool! Plus, his ability Loot Hoard lets him throw piles of junk which turn into terrain for five seconds, giving him plenty of time to make a getaway or trap his foes. Zoning takes some work to pull off right, but with a bit of practice, Hogger players will be turning the map against everyone else. Also, throwing junk at your opponents just looks really fun. 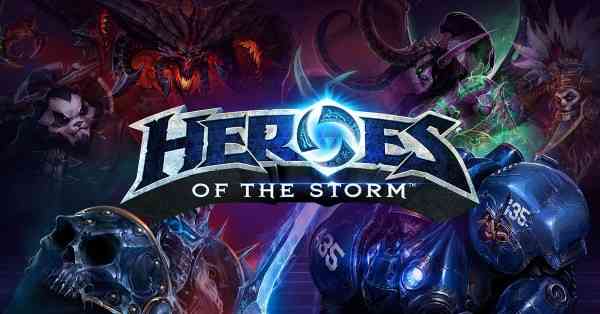 Who would you like to see in Heroes of the Storm? Let us know down in the comments, or hit us up on Twitter or Facebook.

Vicarious Visions May Be Working on Diablo 2 Remake

Immortals: Fenyx Rising Crosses Over With Netflix’s Blood of Zeus
Next
Lawyer Weighs in on Ongoing Rune II Lawsuit
Previous
Do We Need To Keep Buying [Sports Game] Every Year?