It Would Take 125 Years to Unlock the Newest PUBG Skirt

How Badly Do You Want That Skirt?

Loot Crates. Love them or hate them, no dev cares unless they’re CD Projekt RED. The latest PUBG crates have arrived in PC teste servers, in the form of the free-to-open Militia crate and the pay-to-open fever crate. Both contain some neat gear to customize your character before you go out in the field and die before firing a bullet. Now then, the drop rates indicate a much, much lower chance of getting a certain item than winning 100 PUBG games in a row.

Apparently, the Militia drops include some fantastically immersive military gear, while the Fever drops have gone straight old-school. We’re talking 80s and 70s retro outfits that will let you swag out on to the battlefield. It’s going to be PUBG starring John Travolta. Unfortunately, if you were hoping to enter the battlefield in the new Military Skirt, think again.

The odds of the skirt dropping are 0.0064%. I know what you’re thinking; at a glance, it seems like a fair drop rate. But then you get math involved, and it’s terribad. According to Ars Technica (via GameRevolution), acquiring the skirt would take 125 years. Again, it doesn’t seem like much, but then you look up the average human lifespan, and things suddenly take a morbid turn.

At this point, you’re thinking one of two things; You’ve decided you will endeavor to get that skirt, at the cost of your life/money, or you will find a game with an equally cool-looking, obtainable item and play that instead. It’s a win-win situation if I’ve ever seen it. Thoughts? Feel free to comment down below. Also below, you can find the PUBG change notes. Happy gaming. 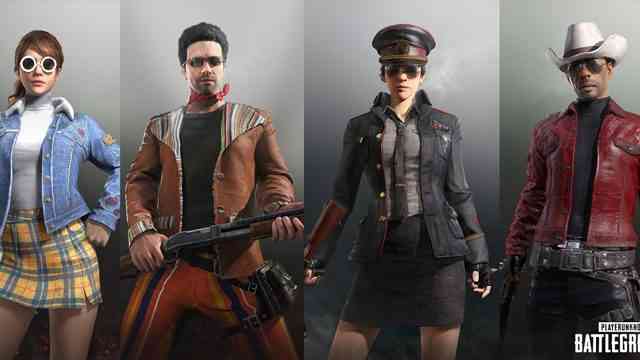 New free crate (MILITIA) has a 40% drop rate. Drop rates for previous crates are shown below