Oh, happy days! Dragon’s Crown Pro has a proper release date here in the west! Already a perfectly gorgeous game, this new version looks like it’s going to absolutely pop on the PS4 Pro. If you missed out on this one when it hit the PS3, your time is coming. 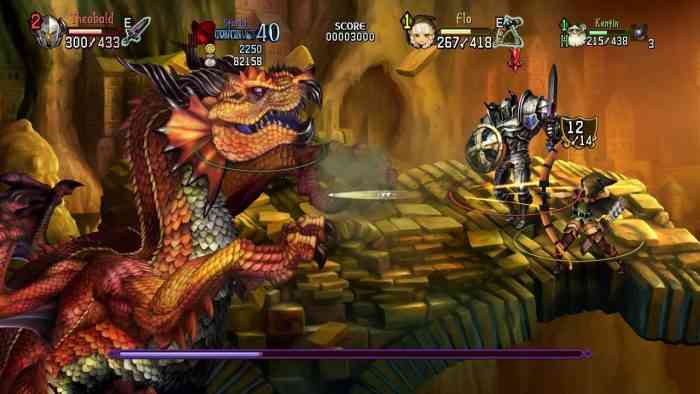 Sadly, said release date is all the way in May. To tide you over until the 15th, Atlus has released a series of Valentine’s Day cards. I…. yes, I’ve surely read that right. If you’re looking to start some serious conversations about your romantic proclivities, they have some terrific entries from the whole cast of characters here. Personally, I’m pretty partial to the amazon, who proclaims “My love for you is no axe-ident.” Enchanting! Who wouldn’t be charmed by such a sentiment?

If you’re unfamiliar with Dragon’s Crown, the game is a hand-drawn side-scrolling action RPG with a challenging yet deep combat system. Also, it’s quite a bit more fun with friends, as the journey can be a demanding one when played solo. If you pre-order the game, you can snag the Battle-Hardened edition, which comes with some snazzy artwork and a steelbook-style case.

13 Sentinels: Aegis Rim (Switch) Review – A Mesmerizing Labyrinth
Next
Bring About Your Own Golden Age With Civilization VI Rise And Fall Today
Previous
Disc Jam Out on Switch With Some Hot New Features