Or a Dark Age, If You’re Feeling Nasty

The Civilization VI Rise and Fall expansion is out today, offering players even more ways to either reach the stars or swallow the world in bloody warfare. More specifically, this latest expansion allows your civilization to enter Golden Ages and Dark Ages. Just like actual history! 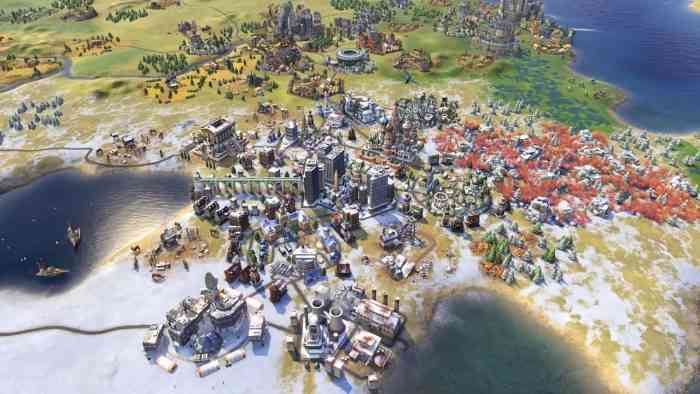 Beyond the ability to see your citizens either prosper or perish in droves, there’s a whole mess of other features available. You’ve got:

GREAT AGES: As your civilization ebbs and flows, and you reach milestone Historic Moments, you will experience Dark Ages or Golden Ages, each providing specific challenges or bonuses based on your actions in-game. Rise triumphantly from a Dark Age, and your next Golden Age will be even stronger – a Heroic Age.
LOYALTY: Cities now have individual Loyalty to your leadership – let it fall too low, and face the potential to lose your city to its own independence. One civilization’s loss can be your gain as you inspire Loyalty among Free Cities throughout the map and further expand your borders.
GOVERNORS: Recruit, appoint, and upgrade powerful characters with unique specialization bonuses and promotion trees to customize your cities, and reinforce Loyalty.
ENHANCED ALLIANCES: An enhanced alliances system allows players to form different types of alliances and build bonuses over time.
EMERGENCIES:  When a civilization grows too powerful, other civilizations can join a pact against the threatening civilization and earn rewards, or penalties, when the Emergency ends.
TIMELINE: Review your civilization’s history at any time with the new Timeline feature, a visual journey through the Historic Moments that you encountered on your path to victory.
NEW LEADERS AND CIVS:  Nine leaders and eight new civilizations are introduced. Each brings unique bonuses and gameplay, as well as a total of eight unique units, two unique buildings, four unique improvements, and two unique districts.
NEW GLOBAL CONTENT: Eight new world wonders, seven natural wonders, four new units, two new tile improvements, two new districts, fourteen new buildings, and three new resources have been added.
IMPROVED GAMEPLAY SYSTEMS:  The Government system has been enhanced with new Policies and additional improvements have been made to existing systems.

The Loyalty system in particular seems ripe for exploitation and intrigue in a good multiplayer game. Your opponent and you can trade cities back and forth, changing the maps with even greater frequency. Yes, you could explore space or some other peaceful nonsense. But really, any game you start with your friends will be thousands of years of war. And isn’t that what history’s all about? The Rise and Fall expansion is available right now on Steam.

New Borderlands Update Broke the Handsome Collection for Some Fans
Next
Bridge Constructor Portal Gets Constructed for PS4, Xbox One, and Switch
Previous
Dragon’s Crown Pro Heading West This May