Bridge Constructor Portal Gets Constructed for PS4, Xbox One, and Switch

The Bridge Is a Lie!

Bridge Constructor Portal is a unique blend of the million-selling Bridge Constructor series and Valve’s Portal license. It’s your duty to build various bridges, ramps, slides, and other construction parts across 60 different levels, or test chambers as they’re called.

Classic Portal gadgets like propulsion/repulsion gels, aerial faith plates, cubes, and yes, portals, all make an appearance and are useable to solve each puzzle room.

Before you ask, yes, GLaDOS, is indeed in this game and is voiced by original voice actress, Ellen McLain. Here are some more features of the game: 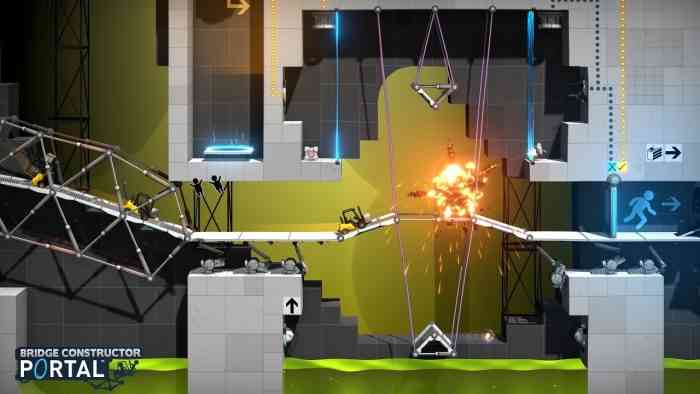 Xbox One and Nintendo Switch owners can begin building bridges on February 28th, while PS4 owners will need to wait until the next day on March 1st. The game is already out on PC, Mac, Linux, Android, and iOS. You can check out our PC review here.

Will you be picking up Bridge Constructor Portal? Let us know in our comment section.

Portal: Companion Collection Has Launched On The Nintendo Switch
Next
Monster Hunter World Is Now Capcom’s Fastest Selling Game Ever
Previous
Bring About Your Own Golden Age With Civilization VI Rise And Fall Today