One of the most fantastic feelings is going into something with zero expectations, then getting blown away by it. This usually manifests for me with seeing an unknown opening band at a concert or picking up a game review I’m not excited for. Lost Epic blew me away. And I am so happy to share it with anyone I can.

While researching Lost Epic, I found out it was created by the same developers as Earth’s Dawn, which is another hidden gem for the PS4 and PC. Both titles are 2D action games with RPG elements, inspired by Vanillaware’s visuals. While Earth’s Dawn’s story is a sci-fi about humans battling an alien invasion, Lost Epic is a full-tilt dark fantasy.

The game begins with a knight in a shadow realm, given form by a witch. They are tasked to explore a war-torn world for unknown reasons, though the plot isn’t Lost Epic’s driving force. My main drive was exploring the beautiful 2D fantasy world. The game’s art and design are enough of a treat to keep players engaged. The monster design is unique. Rather than having typical goblins and orcs, the first creature the player goes across looks like an armored Demogorgon. Every item, weapon, and piece of armor has a beautiful design and changes the character’s appearance. The game even has craftable cosmetic items. 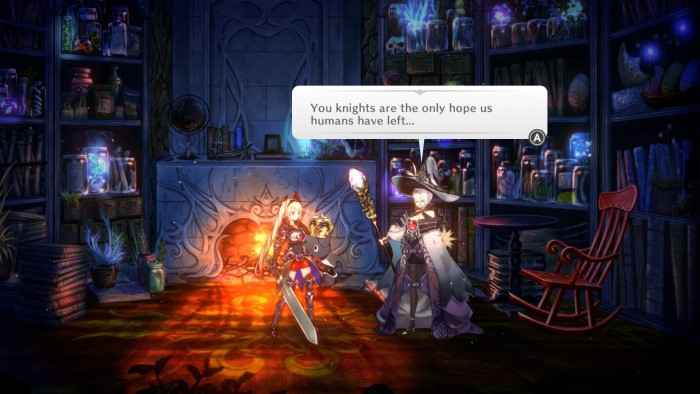 Combat is a little more deliberate than I initially thought it would be. The player has an Odin Sphere-like stamina gauge, and an endless string of attacks can’t be put together. Dodge rolling drains the stamina gauge the most, but the player has a parry option by timing a light attack. The player needs to master all combat options. There’s a light attack button, a heavy attack button, and a skill attack button. As in the Tales games, skill attacks can be assigned to each direction. Some enemy attacks can be parried by timing a skill. A secondary weapon with a projectile attack can be equipped in addition to the main sword attack.

Another important aspect of combat is chaining attacks. Lost Epic avoids being too hack ‘n slash by building momentum and chaining combos. Instead of linking fast-paced attacks Devil May Cry-style, players can end a three-button-combo with a skill, then input a different three-button-combo to have a longer, faster chain of attacks. It takes a bit of getting used to, but once I got a feel for the timing, combat felt fantastic. 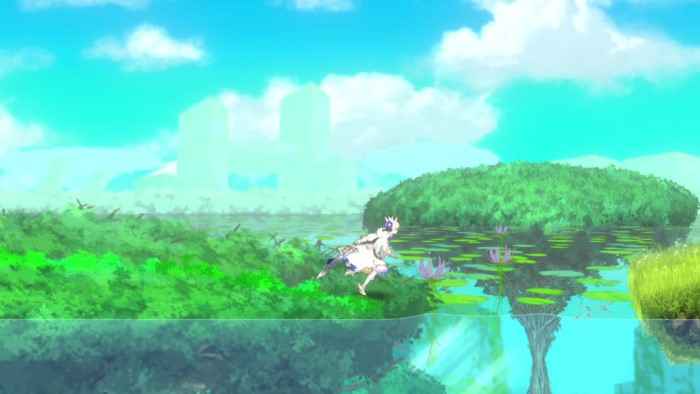 There are so many RPG systems featured in Lost Epic. There are always skills to learn. Every sidequest results in experience, currency, and new abilities, making them feel essential. There are few NPCs to talk to, so sidequests are picked up in each area and are often completed by killing enemies and gathering items while progressing and exploring. There’s little need for backtracking. The game’s map is very Metroidvania-like and mazy. I loved exploring it. There’s a heavy emphasis on gathering materials and crafting/ upgrading items and equipment, which is rewarding for stat boosts and cosmetic options.

I only have two issues with Lost Epic. The major one is that it fails overall with its explanation of mechanics. There’s an awkwardness in the game’s English dialogue translation. Articles are often left out of sentences, and wording is at times poor. Sometimes new abilities or systems are introduced without an explanation, and the player has to search for them in the help menu.

For example, there was a moment early on when I got a two-handed sword. I equipped it because it was stronger than my one-handed sword and not much slower, but I didn’t realize I couldn’t use my only skill, which was specific to one-handed swords. I discovered this while facing a boss designed to teach the player how to use skill parries, and the whole moment was frustrating and confusing. Eventually, I restarted my game after taking the time to figure everything out and felt better about not missing anything on my second start-up. This should’ve been streamlined to work in a first playthrough, though. 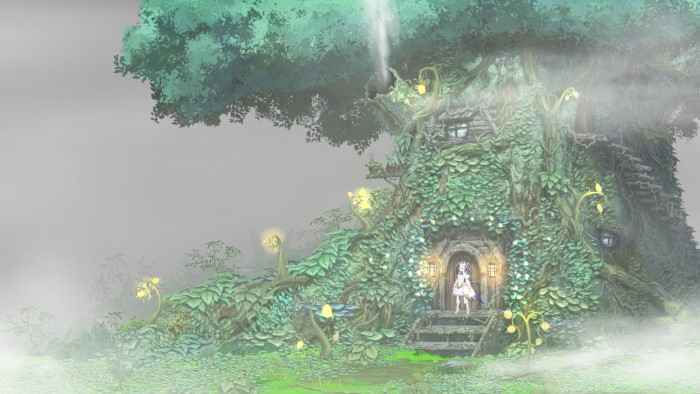 The second issue I had was that Lost Epic copied the Souls series a bunch, and it rarely mattered, aside from making the Dark Souls influence more obvious. Gathering my experience from a location I died at felt tacked on. The hint notes on the ground were hard to see, and the game would’ve benefitted from an easier-to-see indicator. There was an item that allowed me to summon players from other games for help. I never needed this. It was a fun add-on, but I was never compelled to use it. None of these things were terrible, but they were all unessential. They also made me realize that the game’s story was also a Dark Souls copy and brought light to influences that could’ve been more subtle and clever.

I wanted to note two other aspects: at the beginning of the game, the player has to select an appearance. This isn’t a create-a-character; it’s choosing from one of several premade characters. The premade characters all have exciting, unique designs. They don’t affect anything gameplay-wise or stats-wise. I had to start a second game to check this. Also, all the character voices are Japanese-only, which is fine, but worth noting.

I loved Lost Epic. If a physical copy becomes available, I’m going to buy one. For anyone who is a fan of action RPGs, Metroidvanias, or the Vanillaware visual aesthetic, Lost Epic is a must-play. If the Developers can fix the poor in-game explanations to smooth out the beginning of a first playthrough, Lost Epic could easily go down as a genre classic. 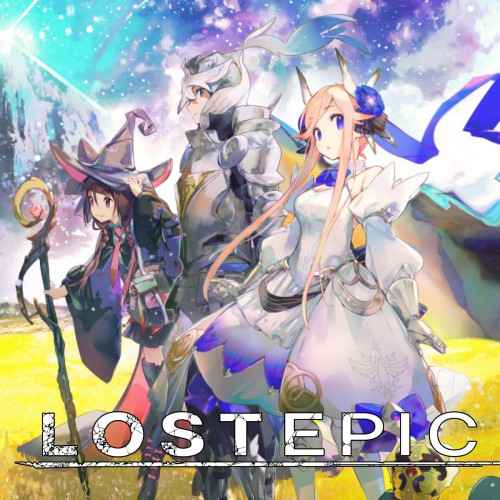