You might complain when publishers re-release games with more and more stuff. To some people, it might seem like a cash grab, but if people keep buying it, they’ll keep selling it. For the fans that are the hardest of core, there is Persona 5 Royal 1 More Edition. 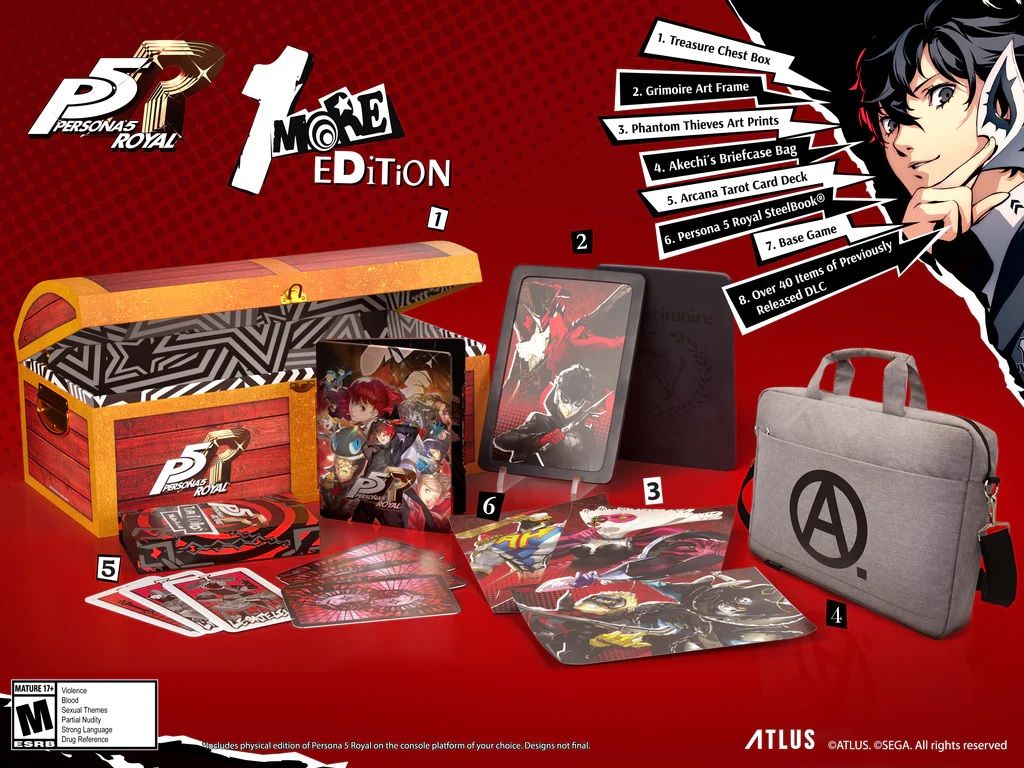 The 1 More Edition is available for Nintendo Switch, PS5, Xbox One, and Xbox Series X|S. It comes with a Grimoire Art Frame and stand, 3 Art Prints of the Phantom Thieves, Akechi’s Briefcase Bag, Arcana Tarot Card Deck, and an exclusive steel book case. The game also comes with over 40 DLC items that have been released over the years. All of the physical items come packaged in a neat Treasure Chest Box.

And of course the Phantom Thieves love a little extra treasure! ~

If  you have been sitting on this game and waiting for a reason to play it, now might be the time. Persona 5 Royal 1 More Edition will run you $120, but Persona games can take a long time to go through, so you will definitely get your money’s worth.

Have you completed Persona 5? Let us know in the comments below.

Persona 3 Portable and Persona 4 Golden Re-release Date Announced
Next
Rise of the Triad: Ludicrous Edition Announced For Multiple Platforms
Previous
Kiryu Returns in Like a Dragon Gaiden: The Man Who Erased His Name