Disc Jam Out on Switch With Some Hot New Features

As I may have mentioned before, Disc Jam is out on the Nintendo Switch! No longer will your disc-based assaults be confined to your PC. Now you can wage glorious disc war wherever your heart desires! Better still, this version’s release is bringing some delightful new features to the game. 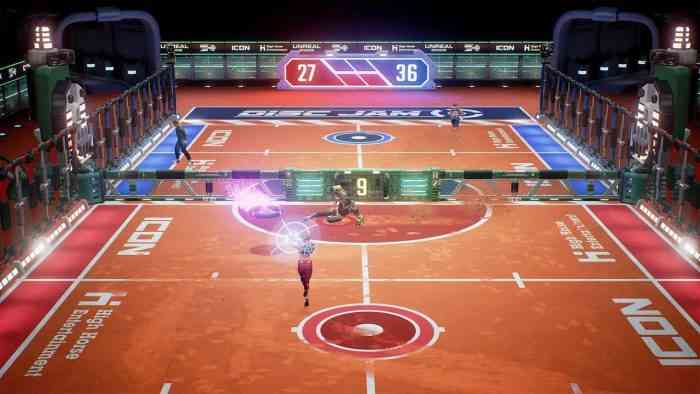 While cross play is always excellent and the Ghost Arcade (single player battles versus the AI) is a great downtime activity, the real meat and potatoes comes from the newly-implemented Ranked Leagues. Here you can face off against the game’s best players, all to fight for the coveted top spot in the Universal Federation of Disc.

The game is out right this second on the Nintendo Switch, as well as the PC. If the lack of portability was the only thing holding you back, then I dare say it’s time to suit up and get disc-fighting. Discing? That doesn’t sound right. Keep an eye out for our full review of Disc Jam later this month. In the meantime, maybe do some disc-based stretches and exercises? Get the disc-gripping hand as buff as you can get it? You don’t want to drop out of the big tournament with an injury, after all.