From the mind of Chris Roberts, acclaimed creator of Wing Commander and Freelancer, comes Star Citizen. The 100% crowd funded game aims to create a living, breathing science fiction universe with unparalleled immersion and everyone is invited to follow every step of development. More than a space combat sim, more than a first person shooter and more than an MMO: Star Citizen is the First Person Universe that will allow for unlimited gameplay. Today, Cloud Imperium Games released a new video of its upcoming space simulator Star Citizen. 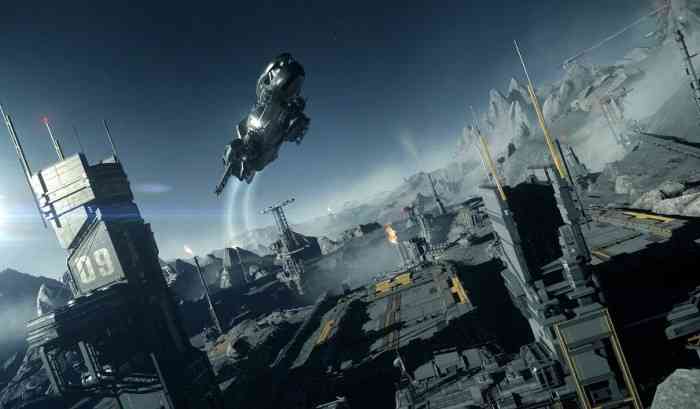 The video, as you can see below, focuses mostly on the planetary outposts that will be available on the surface when alpha 3.0 will launch at the beginning of September. Players will be able to freely fly in and out of the atmosphere and land on celestial bodies, to explore outposts and landmarks. On top of seeing preview footage of how they look in different lighting and environmental conditions, you also hear how developers are using branding and “dressing” them with props and equipment in order to tell their stories.

It remains truly is amazing to see how far the game has come along. It looks absolutely stunning and is turning into the game No Man’s Sky should have been. Do you need more evidence this game crushes No Man’s? Just head over to the Star Citizen website for more stunning vids HERE.

Alpha 3.0 will be distributed to backers between September 4th, and September 8th. It will also most probably be extensively showcased at Gamescom. The crowdfunding campaign for the game is now at $156,417,800 and pledged by 1,860,703 backers.

What do you think about the game so far? Is this on your radar? Tell us in the comments below.


No Man’s Sky is Coming to Steam Deck, Will Add Touch Controls

Hidden Treasures in the Forest of Dreams Out Today
Next
Xbox One Deals: Great Discounts on Prey, Injustice 2 and the King’s Quest Collection
Previous
Dissidia Final Fantasy NT Gets Collector’s Edition and Release Date