Lego City Undercover Heading to PS4, Xbox One, Switch, and PC in Spring 2017

Lego City Undercover is on its Way to Current Generation Consoles 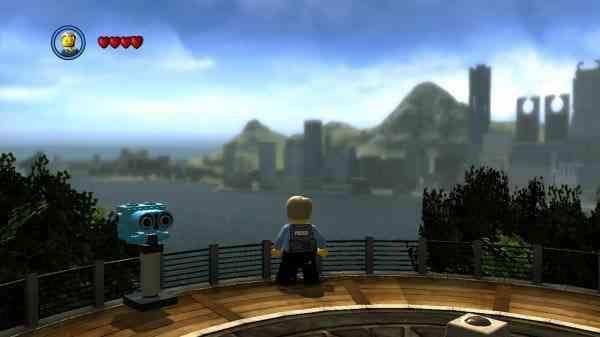 It was revealed by WB Games that Lego City Undercover will be available in Spring 2017 for PS4, Xbox One, Switch, and PC. Check out the official tweet below:

Join the Chase! LEGO CITY Undercover is looking for new recruits on PlayStation®4, Xbox One®, Nintendo Switch™ and STEAM® in Spring 2017. pic.twitter.com/D1YJpmFKIR

Being a comedic sandbox-style action-adventure game, it uses the Lego City brand instead of various licenses and is the first Lego game published by Nintendo. Pretty special and rad stuff.

The game was originally released in 2013 exclusively for the Wii U and received quite the praise from critics. We here at COGconnected reviewed the game and gave it a 95 saying “Everything from the tried and true LEGO gameplay sprinkled with some great new additions, a comedic script, and an entertaining storyline provides a gaming experience suitable for all ages which, in my eyes, makes LEGO City Undercover a must buy for fans of the LEGO franchise and Wii U owners alike.” Check out the rest of the review here.

So far all the details we have are within that one tweet, but we’re sure we’ll be hearing more information about it soon.

Crypt of the NecroDancer: Synchrony DLC Launches Into Early Access
Next
Nyko Has Some Slick Black Friday Deals on Xbox One and PS4 Accessories
Previous
Titanfall 2 Sells a Dreadful 385K Units First Week at Retail