Colour me gob-smacked. They stuck the landing! If you read my episode 7 review you know going into the 11/22/63 finale I was in a low place as to where my emotional engagement for the series lay. The termination of Bill Turcotte and his story arc put the show’s protagonist in a very poor light. Sure one could argue that Time interfered, put a beat down on Jake, which led to Bill being sent to an insane asylum but it was Jake who put him in the mental ward to begin with. A real dick move.

So heading into the finale, my interest had narrowed to watching how it played out from a near purely historical perspective. Yes, I had some emotional engagement with Sarah but was pretty sure the series would follow the book on her arc, which they did, and which muted my connection with her. But, son of a bitch, the show gave us a near perfect finale.

They put the focus on the right place, Jake and Sadie. So instead of dragging out the assassination attempt by Oswald, they jumped right into it and by the fifteen minute mark, Jake foils Oswald and ends up killing him. In the struggle, Sarah is also killed by a stray bullet. It was an intense, action packed chase sequence with nary a chance for one to catch their breath. By the time a grief stricken Jake is pulled away from Sarah’s body and handcuffed, I was pulled back into 11/22/63 in a way I never thought possible. 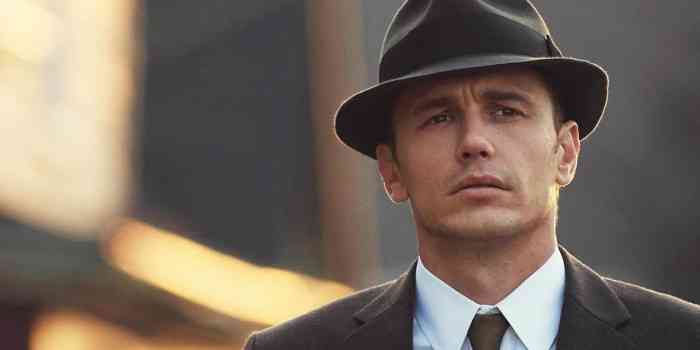 The interrogation scenes, while intense in their own way, gave us a chance to collect our emotional and mental winds. For King fans it was great to see the return of Shawshank Redemption alumni Tommy – Gill Bellows as FBI Agent, James B. Hosty. He was the agent who accosted Oswald outside of the Book Depository in the previous episode and who destroyed the note Oswald left for him. During these sequences we see a Jake Epping I wished had been present during the previous episodes. He is in control, competent, takes no shit, and yet has that soft side of compassion and caring – which he is not afraid of showing. James Franco finally gets to play the book Jake that has been sorely missed.

From the interrogation scenes the show brings us back to Lisbon, Maine where Jake steps back into the Rabbit Hole time portal to return to the present. All along the inference of the 11.22.63 story has been that saving Kennedy will lead to a better future than the one which exists now. It is a bitter pill Jake must swallow when he finds out that the opposite is true. Lisbon is a burnt out shell in a Kennedy – Captain Trips world. Jake runs across the catalyst that sent him on his journey in the first episode, Harry Dunning. Harry remembers Jake saving his family but spins a sad tale of nuclear bombings and Kennedy organized refugee camps. Jake knows everything he has done, no matter how good the intentions, has made things worse. Sometimes bad things happen that in the long run lead to better things. So he decides to reset things.

Back again in 1963, Jake sees Sadie in a car driving by, that we saw in the opening episode. She is visiting cousins and of course, Jake is overjoyed to see her. His first impulse is to redo his journey but only with the intent of saving Sadie and leaving everything else alone. The Yellow Ticket Man shows up and tells Jake he is in his own Time Loop now. Just like the Yellow Ticket Man can never save his drowning daughter no matter how many times he tries, Jake will never be able to save Sadie. The logic here does not work for me because if Jake abandons changing the Kennedy time line then Sadie will never be placed in mortal danger. Sadie never dies in the original time line so there is a timey-wimey story telling disconnect here. It is one of two moments that did not quite ring true. 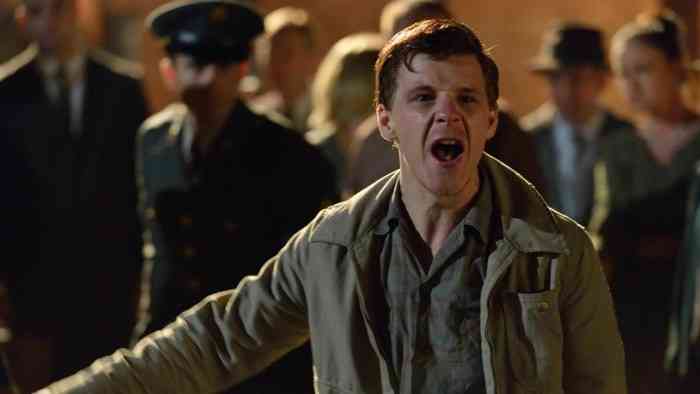 The second moment came during the scenes with Jake back in a restored 2016 looking up Sadie and finding her alive and doing well. He travels back to Jodie, Texas to get a look at Sadie who is the guest of honour at a dinner held for her celebrating her life work as the school librarian. I am really glad they did not try to age up actress Sarah Gadon to play the part of a now sixty years plus Sadie but instead has elegant actress Constance Towers play her. The scenes with her and Jake dancing were wonderful indeed. My only quibble here is that she bore no facial scars as that attack, according to the book, still happened. It’s absence in the show reinforces the notion that Jake’s involvement in the past actually changed things. A difference from the book where one is left with the perception that events unfolded as they should. The final curtain close on Jake and older Sadie dancing on the Jodie gymnasium floor was perfect and a wonderful way to close out the mini-series.

Overall, I really enjoyed this adaptation. It was very well done but because of the mishandling of the main character – Jake, it fails to reach that classic status that was within it’s grasp. 11.22.63 maybe nothing more than an elaborate dramatization of the – needs of the many outweigh the needs of the one scenario – but it aptly demonstrates how difficult it is to be that objective when you are the one emotionally involved in such a scenario.

This wraps up my reviews for 11/22/63. Hope you enjoyed them and hopefully I’ll see you soon because there is always another Stephen King adaptation coming up! Remember. Stay safe! But, stay scared!