In Roman religion, Vesta is considered the goddess of the hearth, home and family. In this action adventure game, from the Spanish developer FinalBoss Games, Vesta is a spunky six-year-old girl who wakes up in a desolate underground labyrinth. A labyrinth that consists of machinery created to supply food for humans in a post-apocalyptic, resource-starved future.

Vesta quickly finds out that she’s the only human left and her only companions are an AI called M.U.M., a helper called Bot, and a companion called Droid. With advice from Bot and help from Droid, Vesta sets out on a mission to save the complex. Along the way, the origins of the complex are revealed and the mystery of what happened to everyone else unfolds.

Vesta is a mix of puzzle and arcade gameplay. The core mechanics of the game revolve around the collection and transfer of energy from one power source to the next. The energy collected is used to open doors and activate moving platforms. Because energy is limited you must devise strategies to not only traverse the levels but keep a reserve of energy on hand as well so that you can continue your journey. Initial levels are set up as a tutorial to allow you to learn the core mechanics of collecting and transferring energy and then you are paired up with Droid. Droid is a big, hulking, lumbering robot who brings additional gameplay mechanics into the mix. Droid can lift heavy objects, throw Vesta short distances-very useful to cross gaps, and temporarily incapacitate other robots.

“Vesta, while an enjoyable enough experience, fails to create a hook in you and bring you back to it.”

There are 36 levels in the game and they’re presented in a funky cartoon style reminiscent of Lucas Art games like Day of the Tentacle. Level styles tend to be small, only a couple of rooms per level, so progressing through each of them is not that difficult, and they don’t take long. The game uses a three-quarter top-down view and each environments is colorfully depicted. There are no cinematics with the game so any storytelling elements are done through the use of comic panel style art.

The puzzles are fair and never too obscure or difficult. Gameplay mechanics are generally tight and I only have one quibble. Lining up Droid to fire his weapon at hostiles can be annoyingly fidgety at times as his aim is limited to eight axis -up, down, left, right and the diagonals in between. This means that you have to position Droid properly when trying to aim. Another irritant within Vesta are restarts as you have to repeatedly scroll past screens of text that you’ve already read. A skip action would have been most welcome. 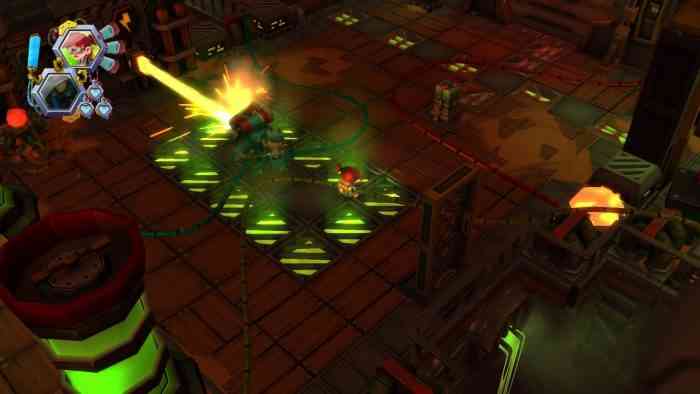 Once Vesta and Droid are partnered up the real game begins. Together they must journey through the automated complex where everything is run and protected by robots. So in addition to solving puzzles, the arcade elements of this game involve beating robotic opponents, avoiding traps such as collapsing floors, acid baths, and lasers. And of course, there are the inevitable boss battles. If either Vesta or Droid are killed, you must restart the level.

Taken as a whole, Vesta is a pleasant enough experience but it’s an experience that has been done so many times, and so much better, in many other games. There’s nothing about this game that makes it stand out from the rest of its compatriots in this genre. For an indie developer it’s definitely a solid effort but in a world filled with AAA games like the Portal franchise, games like this need some type of gameplay innovation or personality that makes them stand out. In the case of Vesta that never happens and it ends up feeling like another cookie-cutter offering. Vesta, while an enjoyable enough experience, fails to create a hook in you and bring you back to it. 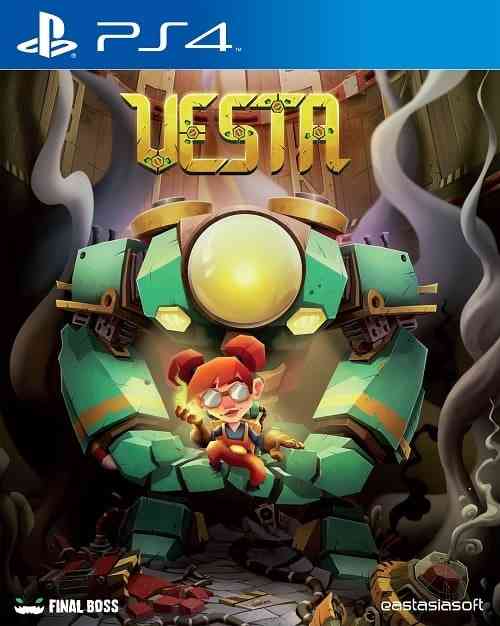