Sphinx and the Cursed Mummy Review – Back From the Dead

Sphinx and the Cursed Mummy Review 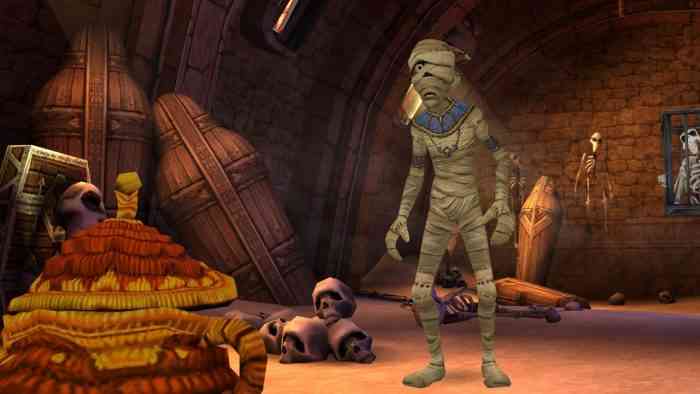 The story of Sphinx and the Cursed Mummy takes place in a mythical version of ancient Egypt where the stories of two heroes (one willing, one reluctant) become interwoven. The tale of Sphinx begins when his master, Imhotep, believes a great evil is about to befall on Egypt – and so he sends Sphinx and Horus on a journey to discover the threat. The tale of Tutenkhamen begins on the aloof prince’s birthday when his evil siblings devise a plan to lure him into a ceremony that would turn him into an undead mummy. Sphinx happens upon this ceremony, but it’s too late – and Tutenkhamen is turned into the Cursed Mummy. Now, the two must work together to restore Tutenkhamen back to his living form and save all of Egypt!

Sphinx and the Cursed Mummy is a 3rd person adventure game that switches the player between the two protagonists, Sphinx and Prince Tutenkhamen (as the Cursed Mummy). As Sphinx, players will be able to engage in combat by utilizing the Blade of Osiris and a number of other tools at his disposal. As the Mummy, players have no weapons – so the level’s are more like puzzles that need to be solved (as opposed to the more combat based levels that Sphinx is in). By switching between both styles of play, the game provides players with an expansive journey that does a decent job of staying fresh.

“Sphinx and the Cursed Mummy was a great game when it first came out – but it can feel a bit dated now.”

Sphinx and the Cursed Mummy features a compelling story, a rarity even now among these types of platformers. Unfortunately, the biggest disappointment (back in 2004 and even more so now) is the lack of voice-acting – especially considering how much dialog is in this game. The game’s graphics were pretty impressive back in 2004 but feel a bit dated now. THQ Nordic has bumped up the game’s resolution substantially for this new release, so this version does look a lot better. While the game might not stand toe-to-toe with some of the big platformers of 2017, it still has some decent character models and other visual treats.

If you’ve played the original Sphinx and the Cursed Mummy, you’ll be happy to know that the game is pretty much the same. THQ Nordic has squashed many bugs that were present in the original – such as that dreaded game-breaking bug that forced unlucky players (myself included!) to restart the entire game. One other addition to Sphinx and the Cursed Mummy is the inclusion of Achievements – most of them are unlocked as you progress, but there are a couple that will put your skills to the test. For this review, I used my Xbox 360 controller and it played wonderfully with it. I was disappointed with the inability to bind certain weapons/items to the trigger buttons (but I wouldn’t be surprised if the developers add a patch to give players more controller customization options). This game also features save points that are sometimes quite far apart – which can be annoying if you can only play for short bursts of time. 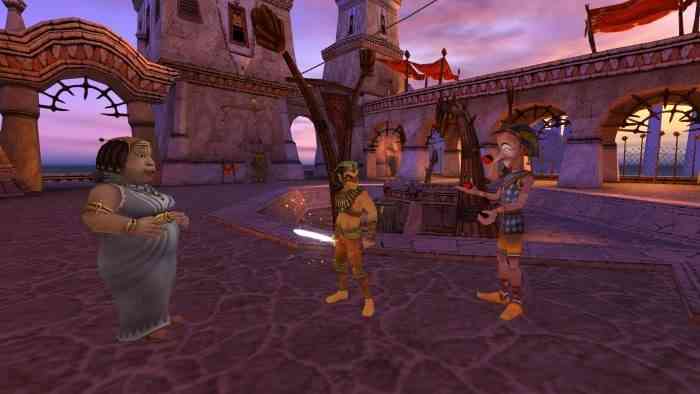 Sphinx and the Cursed Mummy is a very good game that was overlooked by many the first time it popped up over a decade ago. For those looking for nostalgia – this version is easily the best. The graphics have received a bump in resolution. The game-breaking glitch is gone – so you don’t have to worry about making that mistake again. And for those looking for an added challenge, the game now includes achievements. If you’ve never played the original, then I’d strongly encourage you to give this version a go. Sphinx and the Cursed Mummy was a great game when it first came out – but it can feel a bit dated now. Most of the platforming and combat has a “been there, done that” feel to it that felt fresh 14 years ago, but not so much now. I highly recommend this for fans of the original looking to replay it one more time. For gamers unfamiliar with the original – I suggest playing with an open mind and understand that it is an older game and might require a bit more patience than recent platformers.