How many new sports with any staying power have you seen in your lifetime? Chances are that answer is probably zero. That is unless college kids are still running around pretending to ride on brooms to play some Harry Potter game. Point is, creating an entirely new sport is hard and most of the time the ones that we do see are just variations on existing games, like mixing trampolines with Basketball. Sports video games are the same way – licensed sports games and then variations like playing soccer, but with cars. While we’re always seemingly looking for something new and unique in our video games, getting a new type of “traditional” sports game to stick is difficult. Staring down those odds are developers Roll7 with their new game Laser League.

What kind of a sport is Laser League? Two teams compete on the arena floor with the simple objective of eliminating the other team. How do you eliminate players? Lasers! Teams race around the arena trying to ignite laser nodes that if touched by the opposing team will disintegrate them. What it all boils down to, though, is a test of not just reflexes but strategy. Throw in 6 different classes to vary up the team composition and what you get is an exciting fast-paced game.

There are rules though right? Yes. The rules are pretty simple; players can pass through their own laser but are eliminated once they come in contact with the opposing team’s. Eliminated players can be revived though, so you are only truly out of the action once everyone is eliminated. To win overall a team must win 2 out of 3 matches. Matches are won by the first team to 3 points, 1 point being award to the team that eliminates all the opposing players. While that might sound slightly confusing written out, it’s fairly easy to follow along in the game. 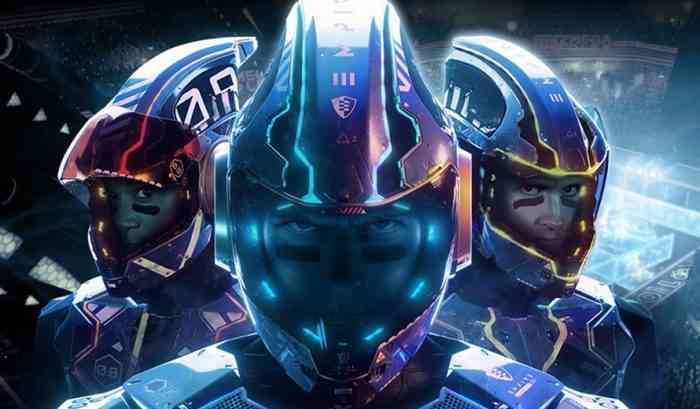 The game itself turns into a kind of high-speed version of chess. Each match consists of the same laser patterns, which is where the strategy really comes into play. Knowing when a node will dissipate and where and when a new one will appear is key, as coming in a close second in a race a laser node usually ends badly for the loser. Having the same pattern for every point in a match is something that I’m slightly split on. On one hand, it keeps things even. Each team has an equal chance at activation, and random chance isn’t going to give an advantage to one team over the other. On the other hand, playing up to 5 points with exactly the same pattern each time can be a bit tiresome. While there are power-ups that significantly alter how each point plays out, it is still very much the same. Some variation on its own would help keep things a little fresher.

Even though there may be consistent patterns each time, the real X-factor here is the players. Other than being in the exact wrong spot when a laser activates, you’ll find they are actually fairly easy to avoid on their own. Because the lasers by themselves most likely won’t get you, sometimes you need some help from the opposition. The 6 different classes all have their own unique abilities and pose a far more significant threat to you. You can stun enemies so a laser goes over them, bash them into another, or steal a team’s laser as they are passing through. Eliminating players is extremely satisfying … although the ease with which they are resurrected may deflate that feeling slightly.

Most of what I described probably sounds fairly unique up to this point, but there certainly are some areas that are similar to other games. From the time you load the game until the very start of a match, much of what you see may heavily remind you of Rocket League – online play, local, customization, and so on, all within a vaguely familiar-looking UI. Rocket League certainly is a good example to model some aspects after, but it has a few things that Laser League could really use. Chief among them is some kind of ranked online play. As of right now players do gain levels and there are leaderboards, but there is no online championship. Ranked multiplayer and sports especially seem to go hand in hand, so not having that feels a bit like you are missing something. 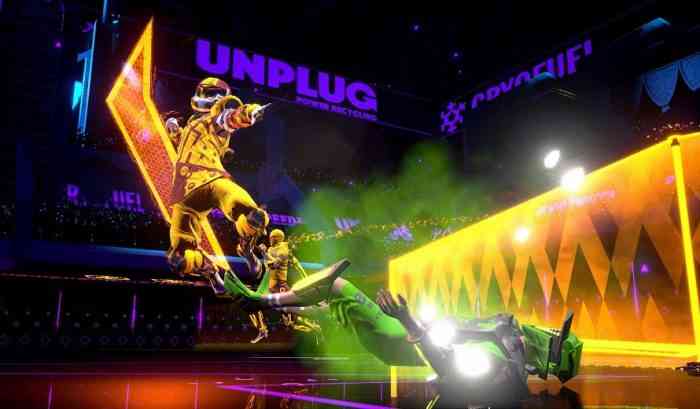 Laser League does offer quite a bit of fun though. Is it addictive? Yes, but at the same time it could be even more addictive. High speed is always mentioned but for me at least, I wouldn’t mind it being even faster. There is a sweet spot between speed and control, and currently, it feels a little on the safe side. I mentioned some borrowing of ideas, and beside ranked play, having some experimental features to test out would be a good addition as well. Really though, for a sports game in a landscape where eSports of all types are becoming increasingly popular, having those ranked and unranked matches would go a long way to putting Laser League squarely in the ring as a true sport of its own. What’s there is good and fun, but it’s the few things that aren’t there that keep it from being a truly great phenomenon.