Retro games have turned into a major arm of the games industry. Once a curious oddity, the past decade has seen them transform into a significant section of the modern gaming landscape. Often developers will try and evoke the memory of a certain genre or system in order to appeal to a modern audience of a certain age. Fox N Forests feels like it’s aimed squarely at the Super NES and Sega Genesis crowd. Indeed, the game is a perfect reproduction of that era, complete with its traditional shortcomings.

The story here is a fairly simple one, although it’s allowed to be. You play Rick, a fox who’s been tasked with restoring the seasons to their natural state. You’ve got a mouthy bird and a magic crossbow to give you a hand as you go. At least one of these things proves to be integral to the success of your quest. Patty the partridge dispenses hints, boss strategies and items, although the items are sold to you rather than given away.

I’m a vocal devotee of the pixel era of gaming. I make no secret of my fondness for the Super NES and its many offerings, so imagine my delight when I first saw trailers for Fox N Forests. Actually playing the game reveals two critical points. First, that the game both looks and feels like a long-lost Super NES cartridge, recently unearthed at some well-stocked garage sale. Second, that such authenticity can be something of a double-edged sword. Not only has Bonus Level Entertainment captured the aesthetic essence of 16-bit gaming, but they’ve also inherited the control schemes and level designs of that era. 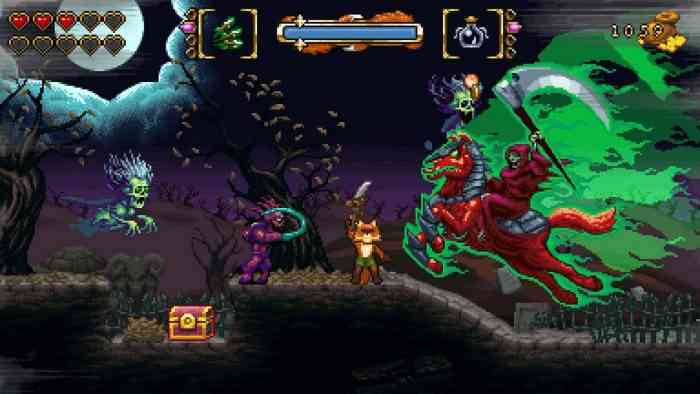 Visually, this game hits a mark that few other retro titles have even approached. Too often, retro games will come away with graphics that are inspired by older games without possessing that essential quality they all shared. Fox N Forests both looks and sounds perfectly authentic. At least the game looks that way to me, someone who routinely replays A Link To The Past at least once a year in a solemn rite that borders on the mystical. The enemies, the environments and the UI all feel ripped from the CRTs of my youth. The only concession to modernity that’s been made are designs better suited in scale to HD monitors. The music and the sound effects are also excellent, faithful explorations of a long-forgotten era in gaming. Every level uses catchy, simple arrangements that are period-appropriate, if not memorable.

Unfortunately, the level design is also reminiscent of a bygone era. To me at least, the levels are somehow both too few in number and too long. Each world feels like it could have had double the amount of stages. Perhaps with each disparate concept fleshed out slightly more, to create a longer list of self-contained gameplay experiences. Although, on the other hand, the season-changing mechanic is well-implemented. You can switch between two different seasons in each stage, using said shift to solve puzzles and change the layout of the level. This season mechanic is also needed to fight each world’s boss, though once you figure this out the fights get a bit toothless. Thankfully, I found more than enough in the way of challenge in the regular stages.

There were bonus levels in each world that I definitely never got around to exploring, as they required a certain brand of obsessive completionism that I can’t muster. On a similar note, the power-up and upgrade system was a mix of extraneous and essential. The stat upgrades felt too important to be purchased, while the moves and items mostly went untouched. The controls weren’t laser-precise, but I was oddly okay with this. Actual 16-bit games tend to have imperfect controls, and your mastery of said games depends on you adapting to said controls in spite of their flaws. If every input had been pixel perfect, it would have felt too modern somehow.

Creating a truly retro game is much more challenging than it first appears. Those old games have a nested series of strange systems in place, each one somehow integral to the overall experience. Slightly janky controls, proper pixel graphics, chunky sound and sprawling levels all have to feel just right in order to really nail that retro essence. Fox N Forests, for better or for worse, succeeds in capturing that retro gaming essence. Slavish adherents to modern sensibilities may wish to look elsewhere. However, if you’re looking for a blend of fast-paced fun and familiar flaws, you can’t go wrong with this game. 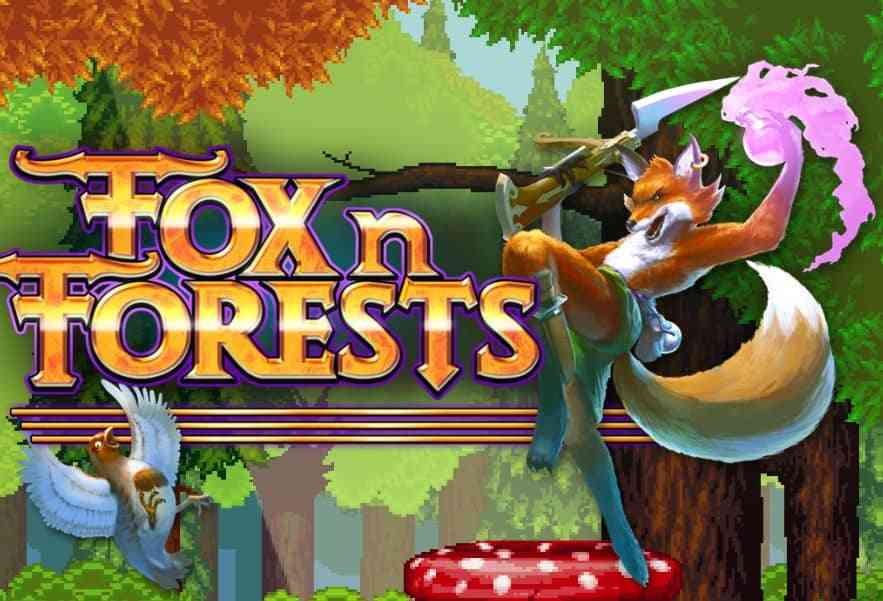 NEO: The World Ends With You Release Date Trailer Will Get Your Blood Pumping
Next Laser League Review – A New Sports Game Steps Into the Ring
Previous Disco Dodgeball Remix Review – Strangely Addictive