Everyone remembers dodgeball from their childhood, either as the ones who did the throwing or as the ones who received the welts from said throws. I, as one may have guessed,  received the welts. I had to put aside my dodgeball induced PTSD to review Zen Studio’s Disco Dodgeball Remix, instead choosing to focus on the pleasant memories the movie Dodgeball to help me take on the role of ball throwing robot in the futuristic gameplay. This is also not the first game from Zen that I’ve reviewed and Dodgeball continues the trend that I’ve come to notice from this studio. The idea of their games is usually ridiculous, but I often find myself playing over and over and over again. Zen somehow always makes gameplay addictive and Disco Dodgeball Remix is no exception.

Disco Dodgeball is very easy to pitch. You’re in a first-person perspective of a robot that plays dodgeball against other robots in neon-soaked arenas while insane techno music bangs through your speakers. You can play either solo against the bots, or online against humans unlocking a variety of items to customize your bot to look more like something you might design. The AI of the game is actually quite exceptional, giving you a fun experience if you don’t want to do the whole online immersion. They’re challenging enough to make it competitive without being so difficult you get annoyed at your lack of ability to hit a stationary target (it happened more than once). 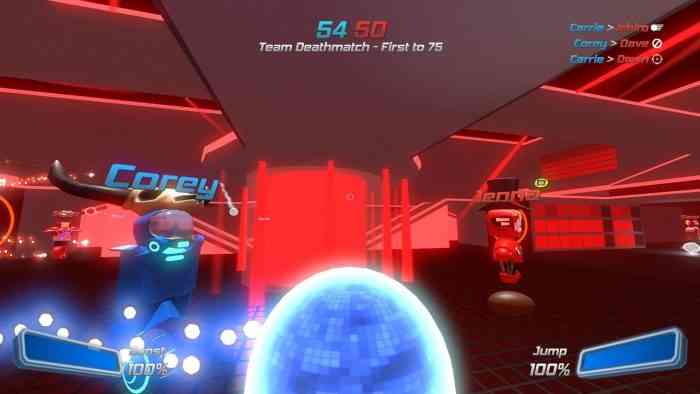 The online play is where things really get competitive though. This is where trick shots and ricochet’s can be the edge you need to seal a victory. In saying that, boy is it ever frustrating to be the recipient of a long distance bank shot that is your last life. With a couple of different game modes to do, there’s lots of ways to play and, as I said above, I find myself diving back in time and time again. It took some coaxing to boot the game up but every time I did, there was a constant refrain of ‘okay, one more game’. That’s the allure of a game like this – quick match times, fast-paced gameplay and a soundtrack that makes you feel like you’re going to vibrate out of your seat. However, all of these aspects have their drawback on the game at the same time.

The throbbing techno gets old really fast, believe me. If you’re lucky, it fades into the background, white noise over your match. More likely though, your temples will begin to throb as the pulsing bass invades every corner of your body, a vibrating reminder of the long dead disco era. There’s also the issue of the controls. They aren’t bad per say, but they could certainly use a tweak. Having a bar to power up your jump is a bad idea when having a bunch of arenas with ramps and multiple floors. A lot of competitive edge is lost because the jump controls are shoddy at best. Also, there’s a learning curve on the physics of the game so be prepared to get pretty upset for a few matches as your ball harmlessly bounces several feet away from yet another stationary target (I told you it happened more than once). For these reasons, while the gameplay is weirdly addictive, my sessions were very short lived as my addiction became overshadowed by annoyance. 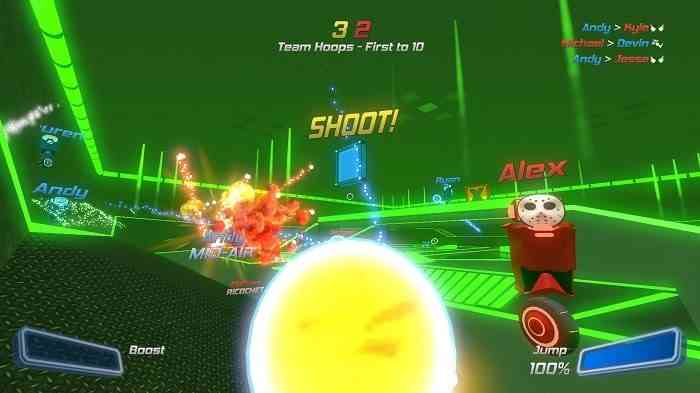 For the faults you can find with Disco Dodgeball Remix, there’s a lot of fun to be had as well. Fast paced, competitive, and strangely addictive, Dodgeball is a simple idea that turned into a pretty fun game to tackle. While most of the appeal is online, there’s still plenty for you to do on your own to hone your skills for the big matches. If quick matches and pumping beats are your thing, take a gander at Zen’s newest. As always, remember that if you can dodge a wrench, you can dodge a ball! 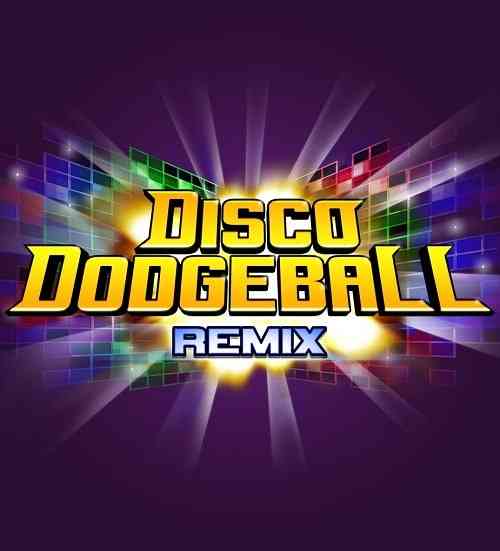 
Circus Electrique Is Due for Release Later This Year