Full Metal Furies Review – Lighthearted Amidst All The Wonderful Chaos

Grab a Couple of Friends and Take on The Titans

I will always have a soft spot in my heart for a well-done brawler, one that embraces the genre’s roots but also carries its own unique gameplay. I found Full Metal Furies satisfied that criteria, but I wasn’t expecting anything less from the creators of Rogue Legacy. When playing the campaign, there’s a short introduction to set the motivation why you’re fighting hordes of enemies, then it’s straight into the action: just like a good brawler should. 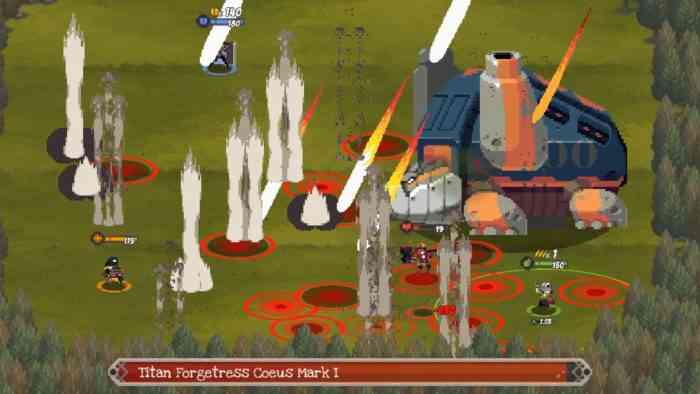 While playing through as a single player, you can choose to play as two of four characters during any given level. You aren’t controlling both at once, rather you are able to switch between them at will effectively granting you an extra life. While you can change which two characters you want to take on missions with you, I found myself using the same two. That’s because character’s gain proficiency bonuses every time you use an attack or skill. By the time I thought about trying other characters I had already boosted my engineer and tank up high enough that it felt like such a step backward to try out the sniper or fighter. I could have easily gone back to previous stages on the world map to grind up the other two characters, but for the sake of time, I stuck with the two selections I made early on in order to move forward to write this review. However, I want to play through again with different characters because they all have such unique play-styles. All characters have four types of skills: quick attack, power attack, evade, and special; but how they are implemented varies. For example, the fighter’s evade is actually a jump attack that actually does a decent amount of damage as well, while the tank has a type of charge that doesn’t grant invincibility but can be used to get out of situations quickly or to interrupt enemy attacks. Combined with different equip-able items and you can customize your character to dish out or mitigate massive damage. 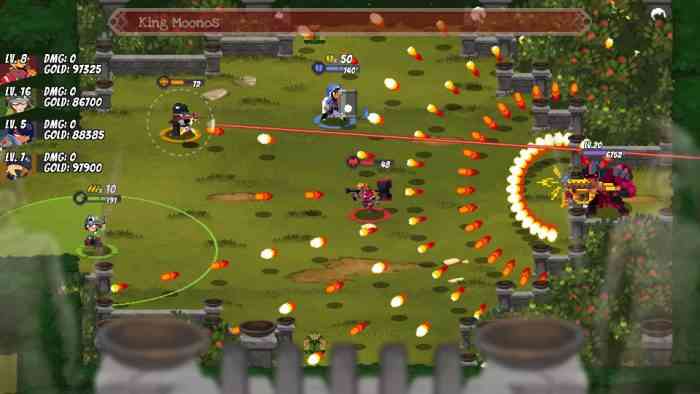 Overall I enjoyed the combat and felt like I was always at the brink of what my brawlers could handle. Levels are paced well and often filled with a good mix of enemy waves and bullet-hell puzzles. Enemy variety was nice, and for the most part I was able to quickly determine many of the stronger enemies’ telegraphing prompts; that is, I never felt like I was in an unfair fight against ruthless AI. I do have one major gripe about the combat, though, and it’s centered around the character swapping I mentioned earlier. Since you are allowed to bring two characters during a single-player campaign, you are expected to switch between them when you see enemies with shields that match the character’s armor color. I was fine with this at first, but in later levels the amount of enemies with various colored shields becomes absurd. Every boss battle in Full Metal Furies is lengthened by the fact that every add-on mob has a protective shield. The colored shield feature is something that makes much more sense in co-op. When I had a human partner, I could definitely see us steamrolling through levels with reckless abandon, with no challenge. The shields add just the slightest touch of strategy that requires actual cooperation in the cooperative mode. This doesn’t translate well to singleplayer, when one character is left to deal with both tints of color-shielded enemies. 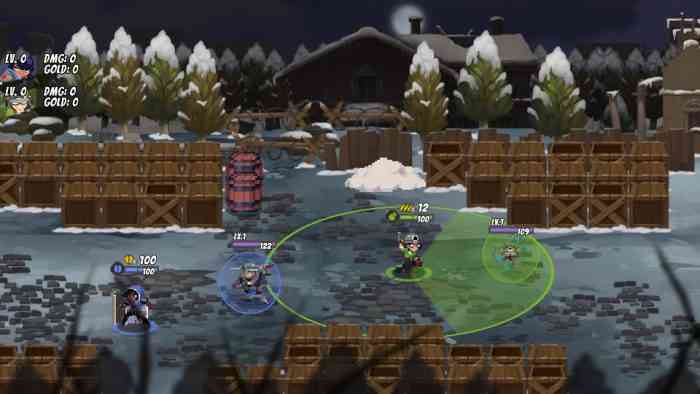 Despite the color shields implemented in singleplayer mode, I still enjoyed Full Metal Furies. The written dialogue between characters is good for a chuckle and keeps things lighthearted amidst the chaos. Each of the Furies has an exaggerated personality to comical levels and nothing in the game takes itself seriously. It’s actually a very fitting setting for a cartoonish brawler: good hack-and-slash fun through hordes of enemies. It’s a great game to play with friends and have a great time!

**PC code was provided by the publisher** 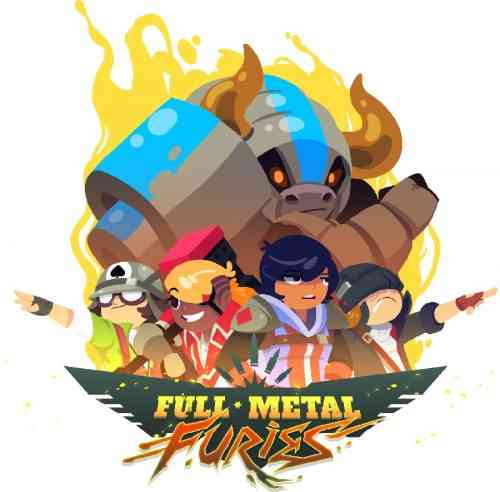