The newest addition to The Elder Scrolls Online is here, and it’s taken us to Summerset: the picturesque Altmeri homeland that is equally ominous as it is beautiful. The new island brims with amazing little adventures that you won’t regret exploring, whether you are brand new to the MMO or a veteran of the game already.

The story begins as the very progressive Queen Ayrenn opens up the Summerset borders for the first time in history, and there is an undertone of racism and supremacy that lurks under the seemingly perfect surface of the island as foreigners make their way in. The quests are well-written and refreshingly interesting: from chasing a serial killer with the romantic luck of a classic soap opera character to delving into the ever so secretive Psijic Order, the majority of the missions you will play through are engaging and fun. The island of Summerset is undeniably gorgeous. The high fantasy landscape seems to breathe with more life and vitality than many of the other open regions in Tamriel. Colorful trees sway in the wind and various animals gather to drink at streams. High elves laze in the forest playing music or drinking wine, and the calculated brilliance of the light gives an even more regal tone to the land. Tall, ornate buildings shoot up into the elegant skyline above white stone cities. The entire world looks as if it came straight out of a painting, and while many complain that its Tolkienesque feel is predictable and unoriginal, it is still incredibly worth your time to explore.

While much of ESO: Summerset is cut from the same cloth as all previous DLCs and expansions, there are a few new notable features such as the Psijic Order skill line, the massive 12-person Cloudrest trial and the much-anticipated jewelry crafting profession. The Psijic skill line, unlocked by pursuing the main quest, is creative and useful, with time control being the major theme for combat. The ultimate ability allows you to channel your inner Tracer and rewind time to regain stats you had moments before, and the skill line is flexible enough for both support and damage builds to utilize.

Although the Psijic Order skill line is a considerable success on behalf of the Summerset expansion, the jewelry crafting feature fell short of my expectations. The crafting system is tedious and time-consuming, with research taking far too long to invest in as a casual player. For patient veteran players, the profession can become very handy as you learn new traits and make powerful sets, but for those who play casually or do not want to pour money into the Crown Store for instant research scrolls, it is more frustrating than anything. There are no new four-player dungeons, but there are a handful of rewarding public dungeons and delves. Dolmens still exist in Summerset, but now go by the name of ‘Abyssal Geysers.’  It is somewhat disappointing that there is no new character class as there was in last year’s Morrowind release, but the map is just as big (if not bigger) than Vvardenfell when vertical exploration is taken into account.

The new items, clothing, and mounts introduced to the game reflect the same level of detail that the entire land displays and no corners seem to have been cut when designing each piece. The player homes truly are the crown jewel of the newly released items, with one of them being a noble townhome in the capital city and another being a pirate ship moored in a massive private cove — quite possibly one of the most creative ESO player homes we have seen to date.

Overall, Summerset is a wonderful expansion for fans of ESO and people looking to jump in. The expressive new soundtrack and change of scenery are elegant and grandiose, and the detailed landscape provides endless corners and coves to explore. As expected, the lore is incredibly deep and offers an intimate opportunity to get to know the striving, high-brow Elves who inhabit the land. With all of the new items, features and substantial gameplay hours that are gained from this expansion, Summerset is well worth the buy.

**PS4 Key provided by the publisher** 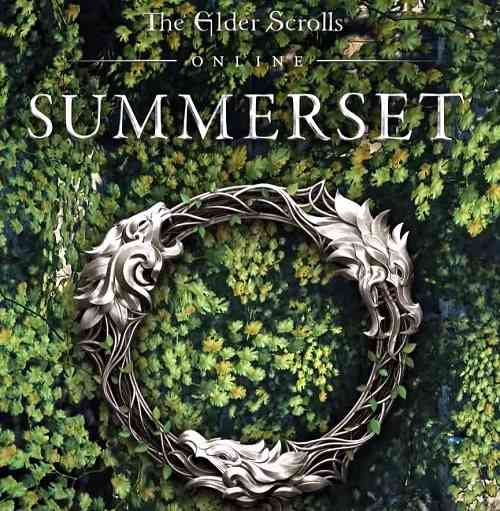