Every so often the video game industry throws us a curveball in the form of a sequel or remake that -not only did no one expect – but no one asked for. In the past this has given us titles like Bubsy: The Woolies Strike Back, yet on the horizon, we have what looks like a phenomenal sequel in Rage 2. Shaq Fu was a game that – even in 1994 – no one really knew why it existed. Sure Shaquille O’Neal was the big thing at the time and he has a proven sense of humor about himself, but the game in question has long been considered a serious flop. Twenty-four years later and the Shaq Attack is back with Shaq-Fu: A Legend Reborn. While Shaq is notorious for his humor, was this really a game we wanted – or needed – to see return?

Developed by Big Deez Productions, Shaq-Fu: A Legend Reborn tells you exactly what to expect both of the narrative and the gameplay mechanics with its opening line upon beginning the campaign, namely; “My story is convoluted and full of plot holes.” This opening line is amusing, but the attempted tongue-in-cheek humor the story continues with quickly spirals into jokes that were barely acceptable when the initial game launched all those years ago. Dick jokes, fourth wall breaking, and poking fun at homosexuality ensue all within the first level and it continues to devolve from there. 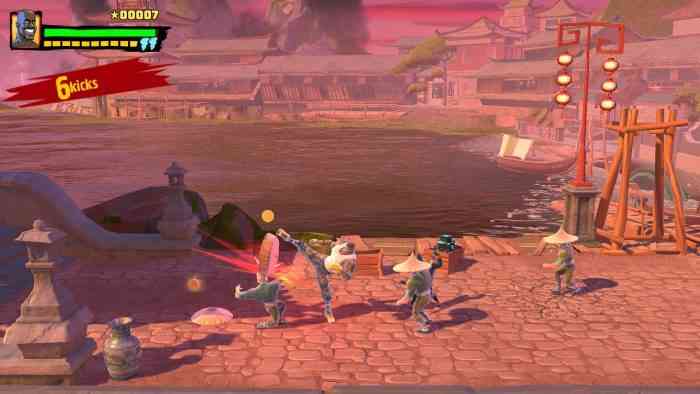 Expanding on the classic side-scroller, Shaq-Fu: A Legend Reborn now offers a semi- 2.5D environment in which the player is able to move to the foreground and background and follows a more traditional beat-em-up style. While this is a smart move for the series to grow and yet hold onto its roots, it also makes the combat dull at best. Spinning unblockable attacks require you to run slowly out of the way, and dodge rolls barely move far enough to save you. It feels – much like a lot of this game – like a missed opportunity. Shaq is able to jump, punch, or charge at his enemies as well as use a stomp maneuver to break up shields. The in-game tutorial does not properly reflect how this works and even upon understanding its application it fails to hit more often than not. Despite being in a more open environment, Shaq will face and attack either left or right, so to hit an opponent you’ll need to make sure you are perfectly aligned with them otherwise your hit detection will not connect. The opponents, however, will. Ranged enemies have little to no attacking cue so dodging will need to become second nature quickly. This also poses an annoying problem when trying to defeat them as they can hit you at any second without notice.

Shaq-Fu: A Legend Reborn uses its sense of humor and self-awareness as a selling point for the game, but most of it is more miss than hit. In breaking the fourth wall, Shaq will mention hating crates as you break them, and restoring your health consists of collecting IcyHot, which Shaq shamelessly plugs. Even setting aside the jokes about having a big member or taking performance-enhancing drugs, the game takes its attempt at humor too far with heavily racist portrayals of Shaq’s Chinese family and mentor. In the 90’s we let this kind of thing slide, but even for the sake of humor today it comes across as childish and offensive rather than funny. 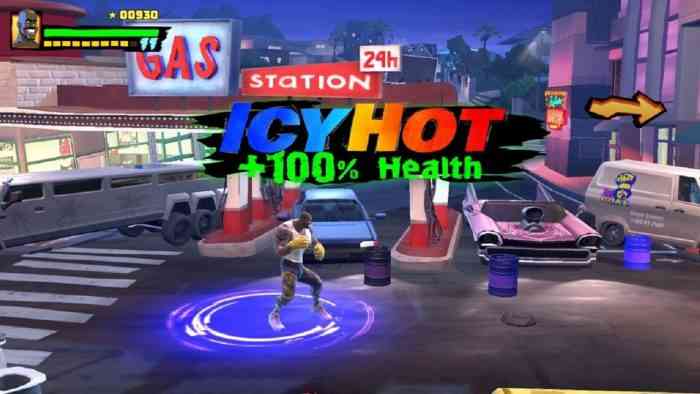 If you do not find the attempted humor offensive or off-putting, the core game itself is simply lacking. The aforementioned hitbox issues, clunky and heavy-handed locomotion, and generally poor design make Shaq-Fu a lackluster experience at best and it left me thinking about any and every other game in my library. This could have been something grand; a chance to create something fun, fresh, and play off of how bad the first game was – much like the trailer tells you it will. Instead what we get is bad 90’s humor that didn’t grow up, slapped with a fresh coat of paint and told it’s edgy. I wanted this game to be a success, I wanted it to be as fun as the trailer made it out to be, but I don’t know the last time I played a game which made me prefer the option of turning off my console and going outside. 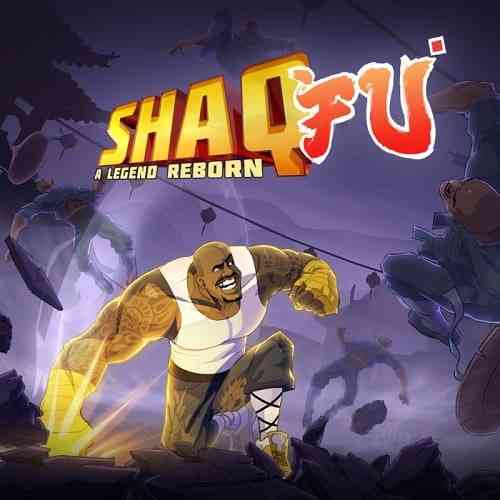