It’s been six years since Darksiders was first released and apparently that qualifies for a remastered edition! Dubed the “Warmastered Edition”, this version is the exact same Darksiders you’ve probably already played, albeit with enhanced visuals (doubled texture resolutions, improved rendering, better shadows, and 60 fps). Gamers new to the franchise might be in for a treat, but returning players might long for something more…

Darksiders follows the story of War, one of the Four Horsemen of the Apocolypse, who is drawn to the final battle between Heaven and Hell – however all is not as it appears, as the other Horsemen are nowhere to be found and the Seventh Seal is still unbroken. War confronts the demon Straga, and is soon defeated. It’s here that we’re introduced to the Charred Council, a group that originally ushered a truce between Heaven and Hell. War convinces the Charred Council to send him back to Earth to discover how the battle began and save the human race. The Charred Council reluctantly agrees, and sends him back to Earth, under the watchful eye of The Watcher. So begins War’s journey to discover the truth and restore humanity.

“The game gives players a certain level of customization to suit their play style, and definitely rewards players who spend more time looking for hidden areas and secrets.”

Darksiders borrowed a lot from the God of War franchise, everything from the gameplay to many of the game design choices. Heck, even the stories share many similar parallels (with Darksiders trading God of Wars Norse mythology for a more Christian mythology). So if you’ve played and enjoyed the God of War franchise, you’ll likely enjoy Darksiders as well. Darksiders is an action-adventure, hack and slash style game played from a 3rd person perspective. After the opening level, War is stripped of most of his abilities, and throughout the game, you’ll earn new abilities and grow stronger through it’s progression system. The game gives players a certain level of customization to suit their play style, and definitely rewards players who spend more time looking for hidden areas and secrets. Darksiders makes full use of the controller which feels a bit overwhelming at times. Early on, I found myself forgetting how to do certain moves, especially in the heat of battle – which lead to some frustration. One example, the dodge-roll, was particularly challenging because it required pressing the right bumper and a direction – which is not very accommodating when you need to move quickly. After a few hours, I found the controls became a bit more second-nature – but there’s a pretty big learning curve. I also found I fought with the camera a lot too – the camera is fully controlled by the player, but sometimes I wish it was a bit more automated.

Darksiders Warmastered Edition, despite the enhancements, still looks a bit dated. While some of the vistas and set pieces were impressive, the enemies often looked a bit bland. The main characters are well done though; War looks badass and some of the main characters looked pretty awesome, particularly Samael. Another visual highlight was the kills, particularly when War preforms his finishers. One finisher that stood out for me was on the Rot Mauler, where War rips its head and spine out – it was very “Mortal Kombat” like, and that’s always a good thing! Darksiders receives top marks for the sound department. The music provides a haunting backdrop to the games action. And remember how I mentioned the game borrows a lot from God of War? Well, two of the Darksiders composers, Mike Reagan and Cris Velasco, also composed music for the God of War series! Then there’s the voice acting, which is absolutely brilliant. Troy Baker, Fred Tatasciore, Phil LaMarr, who are like a who’s who of the voice acting community, each have prominent roles in Darksiders. The stunning Moon Bloodgood voices Uriel, leader of the Angelic Hellguard (and one of the only female characters in Darksiders). But the absolute highlight is the always-amazing Mark Hamill, using a Joker-like voice, to voice The Watcher – who serves as War’s reluctant companion.

If you never had the opportunity to play Darksiders when it was originally released, you owe it to yourself to give it a play. Visually, the Warmastered Edition is easily the best, so it’s worth it for new players to play this new version. Returning players might be a bit disappointed that there is no new content added, and it’s difficult to recommend re-purchasing this game unless you were an huge fan of the original. Yet on its own, Darksiders: Warmastered Edition is a thrill ride and offers plenty of bang for the buck. 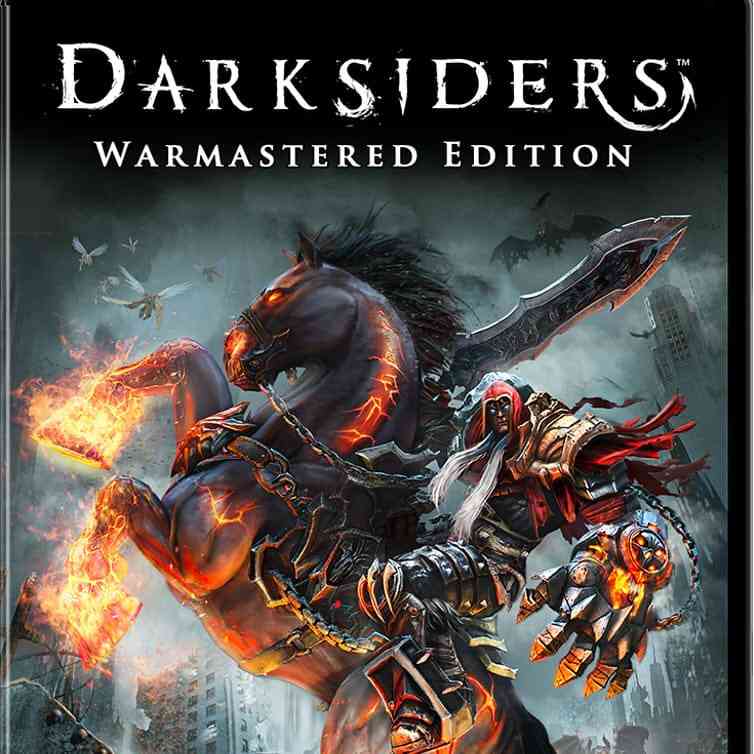