Crypt of the Serpent King Review

Crypt of the Serpent King is a brand new, first-person, budget dungeon crawler with some minor roguelike qualities such as randomly generated levels. Developed by independent developer Rendercode Games, their focus was clearly on gameplay, since the story definitely takes a backseat. To sum up the story, you’re some silent protagonist, trapped in a dungeon (okay, I suppose it’s a crypt) who must fight your way through seven levels to face the Serpent King. No explanation or narrative is provided at any point, so I suppose you can just make up the story as you go along.

You’ll start Crypt of the Serpent King by selecting one of two difficulty settings (a third difficulty is unlocked upon completing the “Normal” difficulty). Each level requires you to find a predetermined amount of keys which unlocks a final room and boss fight. Along the way, you’ll encounter enemies (there’s only one type of enemy per level, aside from the boss) and treasure chests hiding gold, food (to replenish health) and arrows (when you unlock the ranged weapons).

Combat is pretty basic; attack with either a close quarters weapon or ranged weapon (when unlocked) while dodging incoming attacks. While I found combat a little awkward at first, I eventually figured out the timing for each enemy which made combat far easier (plus unlocking more powerful weapons helps a lot!) One of the best features of the game is that when you die on easy difficulty, you retain any gold and XP you earn, allowing you to increase one of three attributes (strength, endurance and agility) and purchase weapons. You can then re-attempt the level you’re on with your improved stats and weapons. I found the second level enemies to be a bit difficult at first, but after a few deaths, I earned enough XP to improve my strength and then it was a breeze.

“As mentioned, you’ll come across treasure chests, but I couldn’t help but laugh at the contents – the food is always the same steaming pre-cooked meal, as if in this world the treasure chests are actually fancy microwaves.”

The graphics in Crypt of the Serpent King are not great by any standards. With that said, it has some minor redeeming qualities, considering it is a budget title. For one, each of the seven levels has a slightly different aesthetic. They’re still dark dungeons, but little differences like floor and wall decor add some variety. Each level features one type of enemy which you’ll fight over and over, and while the character designs aren’t awful they’re hardly original (ie: goblins, soldiers, skeletons, spiders). As mentioned, you’ll come across treasure chests, but I couldn’t help but laugh at the contents – the food is always the same steaming pre-cooked meal, as if in this world the treasure chests are actually fancy microwaves. You’ll also pick up arrows – and even though the arrows always look the same, a quiver with three arrows, you still only get one arrow – false advertising! 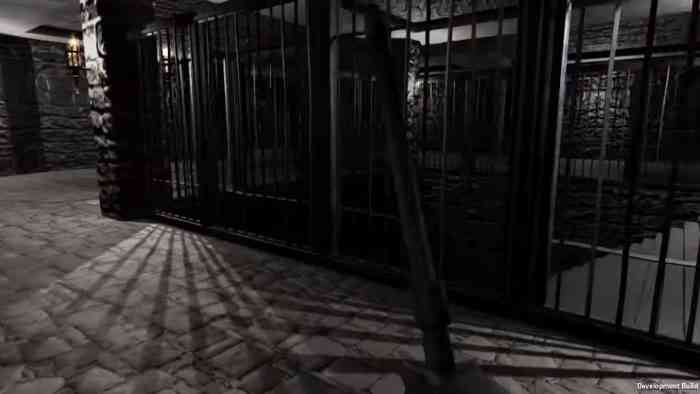 The game features a simple soundtrack with each level having it’s own unique background music. While some of the music is simple, yet haunting music that adds to the atmosphere, occasionally the soundtrack makes these odd noises that can actually be a bit startling. Most of the enemies don’t make any sound, but the music provides a slight flourish when an enemy comes in to view – which comes in handy since the view distance is quite limited. 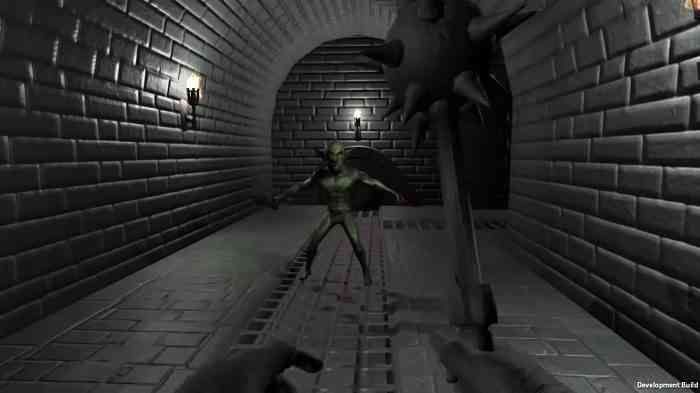 Crypt of the Serpent King is obviously a budget title, and as such, certain elements can be forgiven and overlooked. The original release of this featured a flawed jumping mechanic that lead to many frustrating deaths in some of the later levels (particularly level four), but fortunately a recent update resolved this issue. I loved the idea of keeping all my gold and XP upon death and allowing me to upgrade stats and unlock new weapons. Considering the price, and if you enjoy these types of first-person dungeon crawlers, you really can’t go wrong if you need a quick fix to waste away a few hours and earn some easy achievements. 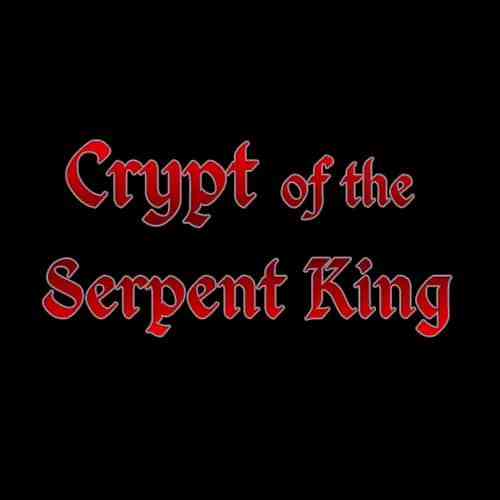