I am a huge Kingdom Hearts fan, and as I write this review, I can tell you right now that it’s going to be nitpicky. Although I may have criticisms of Kingdom Hearts 2.8, know that it’s because I expect 10/10 from this series, and Kingdom Hearts I, II, and Birth By sleep are full 10s to me. The reason I’m writing this is because, while I may have complaints about this collection, it is, at its base, a near perfect action RPG. Now that I’ve got that little disclaimer out of the way, let’s get to this package.

These entries into Kingdom Hearts are definitely only for those who have played the other games, and are up to date on the epic, and often convoluted, story. If you’re new to the series I recommend starting with Kingdom Hearts I for PS2, then Kingdom Hearts 1.5 HD remaster for PS3 or the upcoming Kingdom Hearts 1.5 and 2.5 HD combo set for PS4. They are fun action RPGs with high production values that mix elements of the Final Fantasy and Legend Of Zelda series. 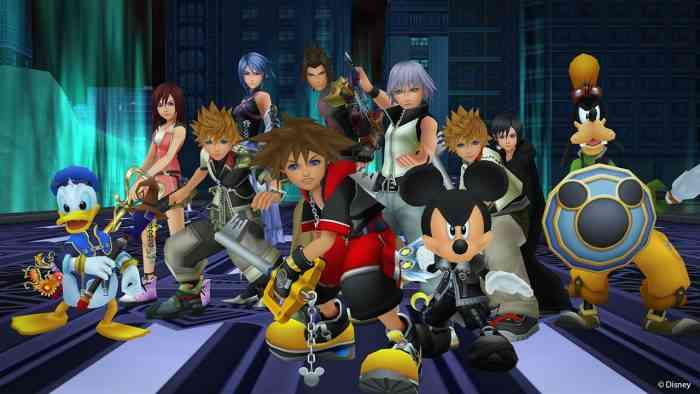 Kingdom Hearts 3D: Dream Drop Distance takes place after the events of Kingdom Hearts II, and is about an examination that Sora and Riku choose to take, in order to find out if they can become true keyblade masters. The three important changes from the 3DS original are the crisp HD graphics, the tighter controls, and the right joystick, which allows full camera control. This is easily the superior version. The story in this game is rarely super important to the overall story (aside from a couple tidbits), but playing new worlds like The World Ends With You version of Traverse Town, Hunchback Of Notre Dame, Tron: Legacy, Pinocchio, Mickey’s Three Musketeers, and Fantasia was very enticing. I was especially excited about that Fantasia world.

Each of the handheld Kingdom Hearts games introduced what game director Tetsuya Nomura calls “experimental” mechanics. There are four of these experimental mechanics in Dream Drop Distance. The two essential ones are Flowmotion and Dropping. Flowmotion allows players to spin on poles and rebound/ jump off walls, in order to move around faster and create new attacks. It was successful enough that an adapted version of the mechanic will apparently be in Kingdom Hearts III. My only complaint is that attacks were often too powerful, and made the late game quite easy.

“These entries into Kingdom Hearts are definitely only for those who have played the other games, and are up to date on the epic, and often convoluted, story.”

In Dream Drop Distance, the player gets to use Sora and Riku, which sounds awesome (controlling Riku for the first time – yes!), except the is always a clock ticking down, and once it hits zero, no matter what you are doing, you have to start using the other character. The player can use items to slow this down, or switch back, but ultimately the mechanic just becomes a nuisance and forces the player to play each level twice, just with a different character. The character’s story perspectives are different, but not so different that their time in each level feels unique; it’s the exact same level, played simultaneously.

The two unessential experimental mechanics in Dream Drop Distance are monster collecting and Diving. Many of the monsters in the game (also known as Dream Eaters) can be caught, and tickled, fed, leveled up, and will fight with you. This aspect of the game could be ignored, or it could have tens of hours invested into. Diving is something Sora and Riku have to do each time they enter a new world, and it is essentially a rail shooter mini-game that was designed to take advantage of the 3D technology of the 3DS. These levels can be replayed for score increases, or not. 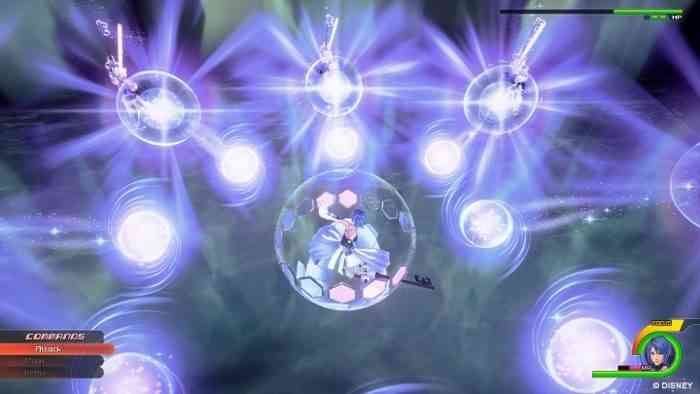 Kingdom Hearts 0.2: Birth By Sleep – A Fragmentary Passage is why I am going to buy this collection when it comes out. This is a 4-hour long sequel to Kingdom Hearts: Birth By Sleep that takes place the moment of the end of the extra secret ending. Players control Aqua in a dark world, where she revisits some of the worlds from Birth By Sleep (although they are totally different level construction-wise). 0.2 was built on the Kingdom Hearts III engine and it looks and plays great. The camera can be a little slow for the frantic combat, but that was my only complaint. Aqua starts on level 50 and quickly gets many of her late game abilities from Birth By Sleep. Even though this “game” is so short, the creators did include lots of objectives, which lead to Aqua getting new pieces for her outfit! This made me think of Conan O’Brien’s Final Fantasy XV Clueless gamer, where Noctis and friends are searching for a dress. Watch it if you haven’t.

And finally, we have the logically titled Kingdom Hearts χ Back Cover which is a one hour long cinematic which essentially makes videos for the Kingdom Hearts Unchained χ mobile game. They are not based on game events, though, but are more “if this game had a story this would be it, but we made our game focus on unimportant characters for some reason, so here’s the story about the important characters”. These scenes are massive prequel series information, and I was glued the entire time. They focus on 5 key blade wielders, preparing for when darkness consumes the world. There are lots more questions than answers here, but again, for series fans, this was Pony Boy gold.

“The content is great, but the relative value is horrible. If you are a big Kingdom Hearts fan (and really that’s who this collection is intended for), you’re going to be overjoyed.”

The music in Kingdom Hearts HD 2.8 Final Chapter Prologue, as well as all the entries in the Kingdom Hearts series, is among the best in video game history. Every world and event has fully orchestrated catchy music, sometimes based on classic Disney songs. But the theme songs (found in the opening cinematics and end credits) are iPod worthy. The opening cinematic to Dream Drop Distance hit me right in the feels. Also, as a longtime Final Fantasy fan, it was great to see some CG video in a game. They all look so good now, all we ever get are cutscenes with game graphics.

I loved Kingdom Hearts HD 2.8 Final Chapter Prologue. The Kingdom Hearts story and gameplay base is fantastic. In this set, we get a superior version of an already very good game, a brief sequel to one of the most underplayed classics of all time, and a crazy story prequel, all of which has me insanely excited for Kingdom Hearts III. As I admitted earlier, I am a series fan, but I haven’t felt this emotional playing a video game for quite some time. The problem with this collection, though, is that the main game is the equivalent of one of the sub-games on the previous Kingdom Hearts HD collections; it’s not the caliber of Kingdom Hearts I or II. And the sub games in the other HD collections were full games, whereas this set’s sub-game is extremely short. The other Kingdom Hearts HD remaster sets had much more content, and they were half the price. This is a weird one for me to score. The content is great, but the relative value is horrible. If you are a big Kingdom Hearts fan (and really that’s who this collection is intended for), you’re going to be overjoyed. 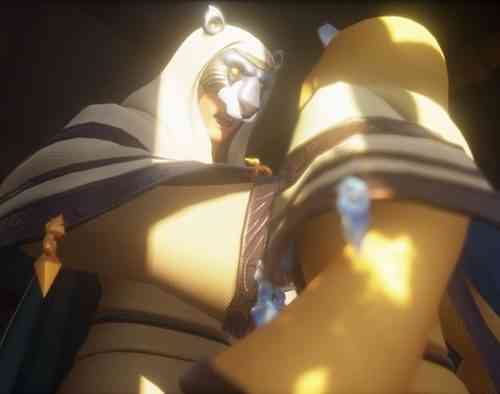 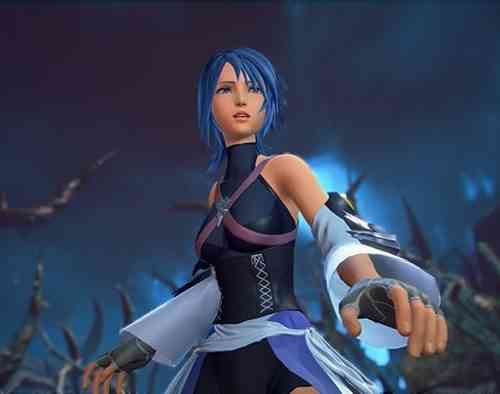 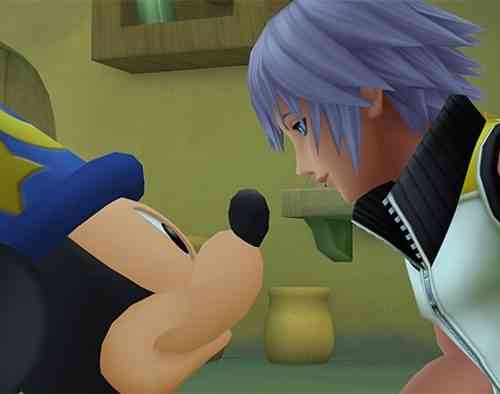 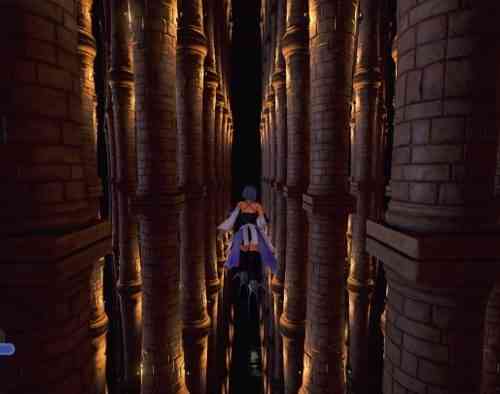 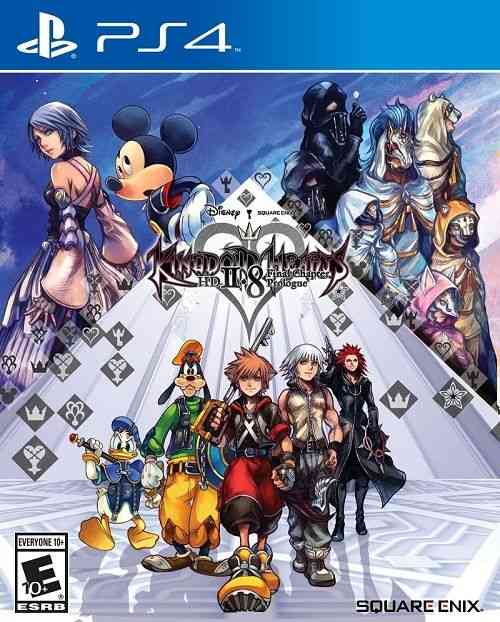