As my team and I backed up into the corners of a grand castle, the opposing team rushed through the front gates. With one fell swoop they had slaughtered us all and killed the King. We had lost despite my proficiency with the Knight class, and my allies in the back row firing arrows towards the enemies hurling towards us. We were outnumbered and outmaneuvered, as my team and I had not successfully had time to plan a cohesive counter attack and push back the opposing forces when we lost the last set of objectives. In an entirely separate match on a Normandy-like beachfront, we had delegated some knights to guard the two bases up for capture, which lead to the castle holding the King, while the rest of the team manned catapults as others stationed themselves on hills with arrows in tow. The breadth of tactics and maneuvers teams of 12 can mix and match in Chivalry: Medieval Warfare is nothing short of breathe-taking.

In every match I played, there seemed to be an understanding with your team mates on what role everyone should play and where on the map they should be located. Bombarded at the gates of the castle and need assistance? Team mates will be jumping off the ramparts to slay the enemies. Stuck defending an outpost alone? If you manage to delay the enemies long enough for your team mates to spawn, you can expect heavy backup to kick the enemy out. This brilliant game design stems from the very simple concept of capturing and defending points on the map. The defending team is given the option to immediately fall back to where they would spawn when the attacking team takes a set of objectives. Similar to the Battlefield games but instead of spawn camping after that happens, you’re more focused on defending your objectives. As stated in my example above, the best moments comes at the final stage, where on one map you are tasked with escorting the King to safety, but must first clear enemies out of a grand hall and then outside the gates as enemies will be showing up left, right, and center. A contingent of four or five Knights defending the King at all times while others delay the attackers seems to be the best strategy. 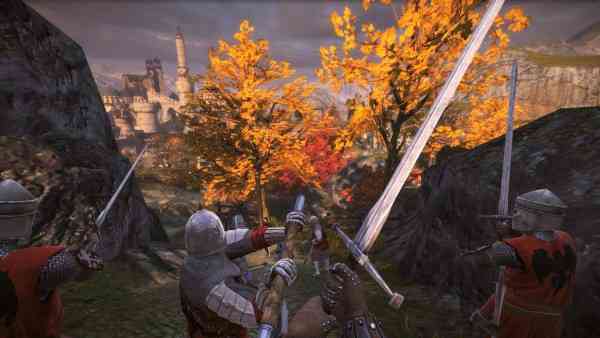 Speaking of Knights, players are able to choose between 4 classes consisting of the aforementioned Knight, Archer, Man-At-Arms, and Vanguard. I found only the Vanguard to be a poor class choice as you are weaker than the Knight, but yet can’t offer the shield that the Man-At-Arms has, whereas the Archer’s positives are obvious in its long range attacks. The general gist of the gameplay consists of either hitting directly, overhead, or stabbing at enemies and then subsequently timing a block to then continue your assault. While this gameplay loop is easy to learn, it is very difficult to master as I found out myself when higher level players would play the patient game and only strike when necessary. In terms of game modes, there’s your run of the mill death match and a horribly designed Horde mode, but the bread and butter of the game is the Team Objective I described above. Other game modes include a unique Last Man Standing where teams rush into a Ryse-esque arena to battle it out in a one life round game. My tactics would usually be to stay around groups of players and stab whenever there were openings, although it was hard to calculate anything with the constant frame-rate drops almost exclusive to this mode.

“Even with all that said though, it is truly disappointing to have to experience a very solid game that is surrounded by awful visual and audio efforts.”

Even with all that said though, it is truly disappointing to have to experience a very solid game that is surrounded by awful visual and audio efforts. The game looks dated, and environments are for the most part dull and boring with the exceptions of a few maps that include bright colors and richer textures. In terms of audio, it’s not the screams of warriors heard in the background or the clashing of swords that is poor, but rather the lack of any sound in gameplay. There were many times I noticed the game not emitting a single sound, and the first time I instinctively had was to check what was wrong with my headset. A roaring medieval theme over the bloody proceedings would have been welcome.

But even with its shortcomings Chivalry: Medieval Warfare has a lot of good at its core, mainly in its “Battlefield moments” when two teams are marching head first at each other or when defending a vital last objective to prevent the other team from being victorious. A bump in the overall production value, akin to something like Ubisoft’s upcoming For Honor, and Chivalry: Medieval Warfare would be among my favorite games of the year. 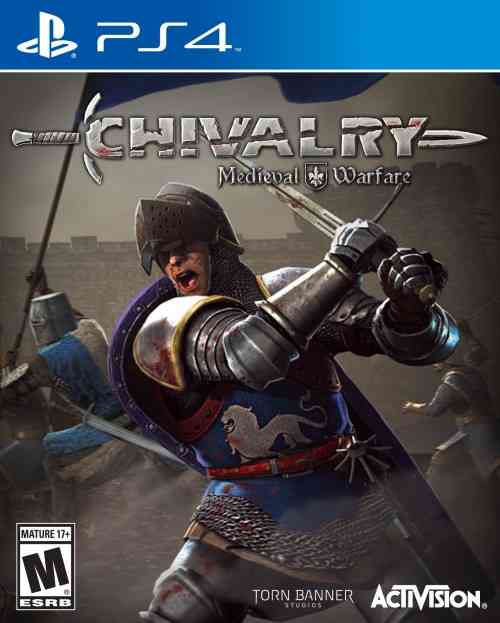 For Honor, Darkest Dungeon And More Come to Xbox Game Pass In June
Next The Crew: Wild Run Review – An Expansion That Improves on the Original… Because Monster Trucks
Previous Dynasty Warriors 8 Empires Review – Feature-Rich Game Delivers With Strategic Repetitiveness