Ah, Ancestors Legacy. But whose ancestors? And what is their legacy? These questions are not seriously considered in the fun and ambitious strategy game from Destructive Creations, but I couldn’t help but consider them all the same. I dig strategy games that let you play as Vikings and Germans as much as the next PC gamer, but these were folks that were oppressing and murdering my ancestors, and I imagine I’m not the only one kept at arm’s length from these peoples.

Ancestors Legacy is a real-time strategy game that lets you play as one of four factions: Vikings, Anglo-Saxons, Germans, and Slavs. The game practically falls over itself to promise “historical realism,” and as far as these things are concerned, it does an OK job. But much like the recent brouhaha with Kingdom Come: Deliverance, it’s a very specific version of realism that chooses to focus on bearded men with metal pointy implements in all their glory and valor. A lot of “realism” is ignored in favor of a better game.

And you know what? It’s all the better for it. Because Ancestors Legacy is the first strategy game I’ve ever played that takes its cues from the beyond excellent Company of Heroes. If you haven’t played the classic WWII RTS, the focus is taken off of the traditional resource collection and building model to give a more focused experience. In this game, you command squadrons of soldiers and engage in fast-paced tactical combat. 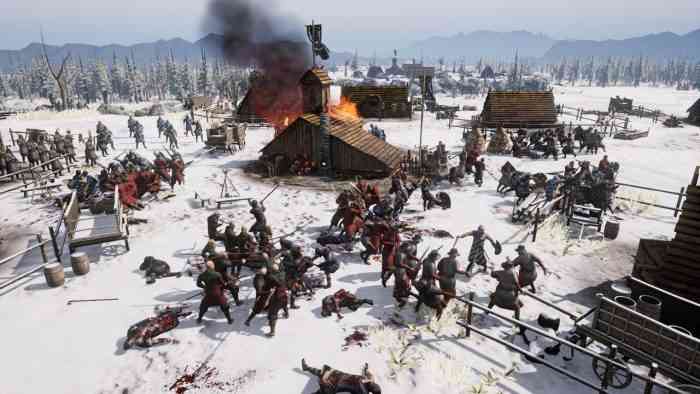 When I say fast paced, I’m not grading on a curve because this is a strategy game. Ancestors Legacy is as intense as any shooter. There are buildings to capture and camps to siege and a very simple resource management system, but all those things take a back seat. That’s necessary because the strategic layer of the combat requires serious focus.

You’ll have to consider many variables with every charge of your axemen. Troops can be arranged in different formations, and respond differently depending on the terrain. There’s a complex multi-polar rock-paper-scissors system as to which troops beat each other, and you’ll constantly be managing the most important resource of all- morale.

What really makes Ancestors Legacy work though, is the positioning. Because you command units and not individual soldiers, there’s a lag for say, telling your spearmen to turn around and raise their shields before it really happens. Your attention needs to be absolute if you want to defend your other units from flaming arrows or a cavalry charge. The direction, positioning, and formation of all of your units becomes like a deadly game of football, probing and outmaneuvering and trying to get through the enemy lines.

I found myself getting into a strange rhythm with the combat in Ancestors Legacy. You could enjoy the macro interactions of dirty Europeans stabbing each other, or you could zoom all the way out and see the twisting shapes of formations colliding. The big picture of a fight becomes an abstract game of geometry, and when I was good at it, I found it soothing. When I was bad at it, my knuckles turned white and I gnawed my fingernails down to little nubs. 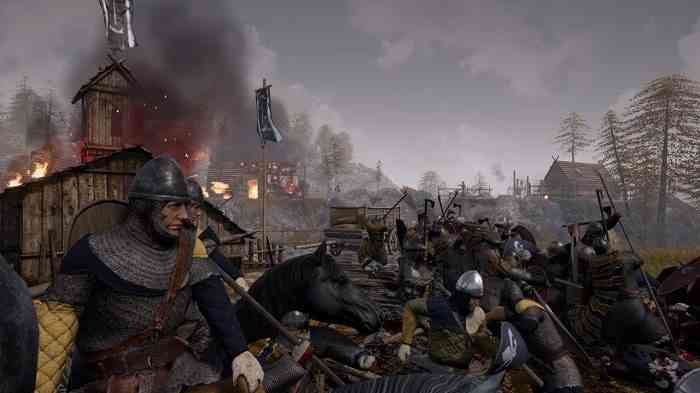 The graphical horsepower in Ancestors Legacy is also quite impressive. The game boasts “outstanding visual fidelity powered by Unreal Engine 4” which sounds a little bit extra, but I can’t deny that I was impressed with the visuals, particularly considering that this is a game from a smaller studio. The different factions have distinct styles, and the chaos of a skirmish contains an impressive number of different animations. Rarely did I feel like I was seeing the same actions over and over again, even if this game basically comes down to squadrons of soldiers killing each other ad infinitus.

With such attention paid to visual fidelity, I started to question what I was really seeing. Despite the names of real historical figures and the armies of real nations, this is not a “historically accurate” game. It’s a badass strategy simulator, one with deep gameplay and that glorifies what is maybe one of the most gnarly periods of human history. It makes for a wonderfully executed strategy experience. But I still long for the day that we leave behind this whole “historical accuracy” fallacy and devote our fantastic game development resources to something more deeply imaginative.

*** Steam code provided by the publisher ***

The Long Dark: Tales From the Far Territory Announces Release Date
Next Milanoir Review – Damn, It’s Hard To Be a Gangster
Previous I Hate Running Backwards Review – A Fun But Punishing Leg Workout