Milanoir Review – Damn, It’s Hard To Be a Gangster

Take a trip back in time to 70’s cinema with this indie game that is chalk full of that funky flair that’s inspired many of Quentin Tarantino’s greatest flicks. Introducing Milanoir for the Nintendo Switch. Milanoir is a take-no-prisoners game with plenty of over-the-top violence, nudity, and coarse language. Make no mistake, Milanoir is not for the faint of heart. This challenging game will make you want to throw your controller across the room – which could be a pricey mistake if you’re playing it via the Switch’s portable mode. If you’re ready to get your gangster on, you’ll definitely want to check this game out.

It’s the 70’s in a city called Milan. You take on the role of Piero, a serious badass gangster with a thirst for revenge. It’s hard to be sympathetic of Piero, along the journey, you’ll be forced to do things that’ll feel brutal and unnecessary – but such is the life in this story. Piero’s journey will take him through betrayal, straight to prison and back out again. The story unfolds over nine separate levels. These levels span over a series of locations, including a prison, a brothel, a train depot and more. You’ll encounter an assortment of characters, all of which are just trying to survive in this brutal world.

The gameplay is a mixture of stealth and gunplay, with a few minor driving sections added for variety. The gunplay requires aiming with the right thumb-stick, much like the classic game Wild Guns, but it never quite felt really solid – even with auto-aim assists on. For the most part, you’ll rely on your pistol to fend off enemies, but sometimes you’ll find single-use weapons like Molotov cocktails to help your enemies really feel the burn. Each level is broken down into a number of sections. If you die within a section, you’ll just restart there – which is good, because this game can be pretty damn tough at times. One of the most satisfying gunplay features was the ability to shoot street signs, which would ricochet the bullet to the nearest enemy for an instant kill. There were areas where stealth was required, and you’d have to sneak behind bad guys and choke them out. For the most part, these areas were just trial and error, as sometimes you’d be spotted by an enemy that was sitting outside of the screen range. This issue presented itself in the gunplay sections too, where you’d be shot at from someone off screen. This game has a few really frustrating hang-ups – and getting killed by someone you can’t even see is definitely one of them. 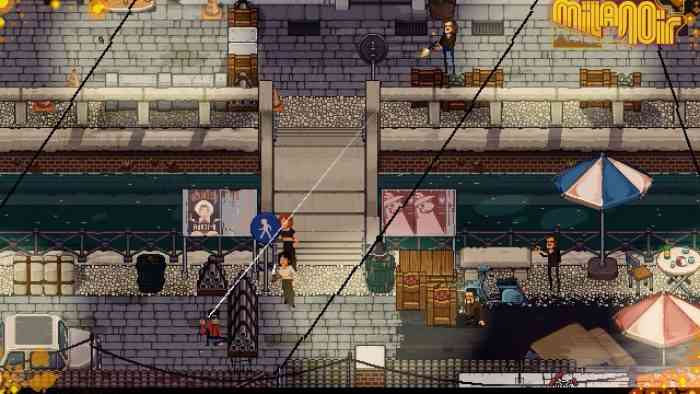 The visual style is a homage to 90’s games, and yet still unique. There is plenty of violence here – not just in the gunplay, but also some of the cutscenes that push the story forward. And yes, there is nudity in Milanoir. Sure, we’re talking about pixelated boobs, but they’re there, so there’s that. This is definitely not a game you’ll want to play with the kids around. The soundtrack has a cool 70’s vibe to it, which helps create the atmosphere. The game’s dialog is conveyed via text, which fits the 90’s pixel-style graphics, but over-the-top voiceovers would have been a nice touch.

Beyond the main game, which is playable in three difficulty settings, there is an Arena mode that pits you against hoards of enemies in locations from the main game. The main game and Arena both have a local co-op option, but admittedly, I didn’t have a chance to try multiplayer out. There is also an “extras” section, but it just features biographies on characters you’ve encountered through the game. The main game alone will take you a decent four to five hours to play through – assuming you have the patience to keep plugging away.

Milanoir is a decent indie game. It has a good dose of mature content that is usually cut from games to avoid upsetting overly-sensitive gamers. The story isn’t overly long, and you could probably finish it over a weekend. The game isn’t easy, you’ll be replaying certain areas multiple times until you figure out a solid strategy. The game’s controls aren’t as smooth as I would have liked and the gunplay had very loose aiming (it’s customizable, but I could not find a nice sweet spot for my own liking). The biggest frustration was the lack of indication when a chapter is completed. In one way, this helps maintain the flow of the game – but if you quit the game before finishing a chapter, you’ll have to restart the entire chapter again. I had to do this multiple times and it was very annoying. One solution would be for the game to just save at the end of each area, and not just each level – maybe a future patch could resolve this. If you’re up for a challenging game, this might be right up your alley. However, if you’re the type of gamer who prefers a more casual flow to a game, then don’t bother – you’ll just end up frustrated with controller holes in your wall. 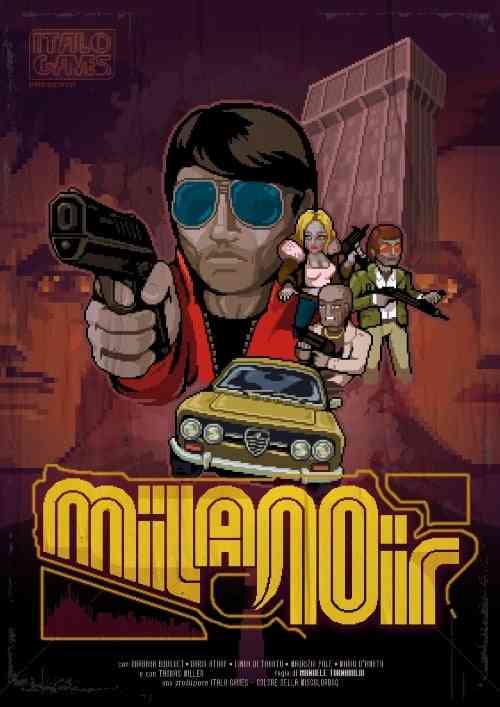