The Deeds of Captain Wilkins

Once more into the bloody fray, friends. The grand, or, perhaps, lackluster finale of Wolfenstein 2’s Freedom Chronicles DLC has arrived. In the concluding chapter, we fill the boots of Captain Jerry Wilkins, a former U.S. soldier remaining dedicated to Nazi extermination. With a predictable plot and all too familiar locales, I can’t help but feel as though the sequel’s swan song is relatively underwhelming. However, upon this DLC’s release, my sentiment mirrored that of Captain Wilkin’s when he gleefully spouted “You kidding? I’m always up killing Nazi’s.”

One aspect I much admire is Wilkin’s ‘kill now, talk later’ attitude. His 80’s action star persona blends impeccably within the satirical world established by Machine Games. Having received a mysterious order commanding him to stop ‘Black Sun,’ Wilkins sets off for Alaska. Along the way you encounter three new characters; two of whom are involved in the narrative’s twist, while the third inhabits the role of the now generic Nazi commander antagonist. I’ll refrain from spoiling the story here, but what I will say is that in spite of its monotony, The Deeds of Captain Wilkins does manage to share a moderately heart-warming tale.

“Nazi death weapon built by Nazis, run by Nazis, and about to be covered in DEAD Nazis.” If that quote doesn’t paint a clear enough picture, gameplay is business as usual; and by this point, I feel I’ve had enough. Don’t get me wrong, as I’ve stated multiple times in the past: Wolfenstein 2 is one of my favorite games from last year. I’ve had my fair share of fun throughout chapters one and two of the Freedom Chronicles, but firing the same weapons on recycled maps for a collective four hours has taken a toll. Though Wilkins visits the Black Sun base, Kodiak Islands, and a Nazi U-Boat throughout his ruthless adventure, it’s undeniably difficult to notice significant aesthetic differences among the three. All three missions ultimately blend into what feels like a giant Nazi stronghold. And I nearly forgot to mention that Wilkins continues the trend of new characters utilizing one of the three abilities at B.J.’s disposal in the main campaign. In this case, it’s the Kampfwanderer, the German tech enabling you to reach higher vantage points. This dopey ability didn’t interest me in the campaign, and it doesn’t interest me now. It’s a rather useless tool that I forgot I had until I was forced to platform throughout various sections of each map. 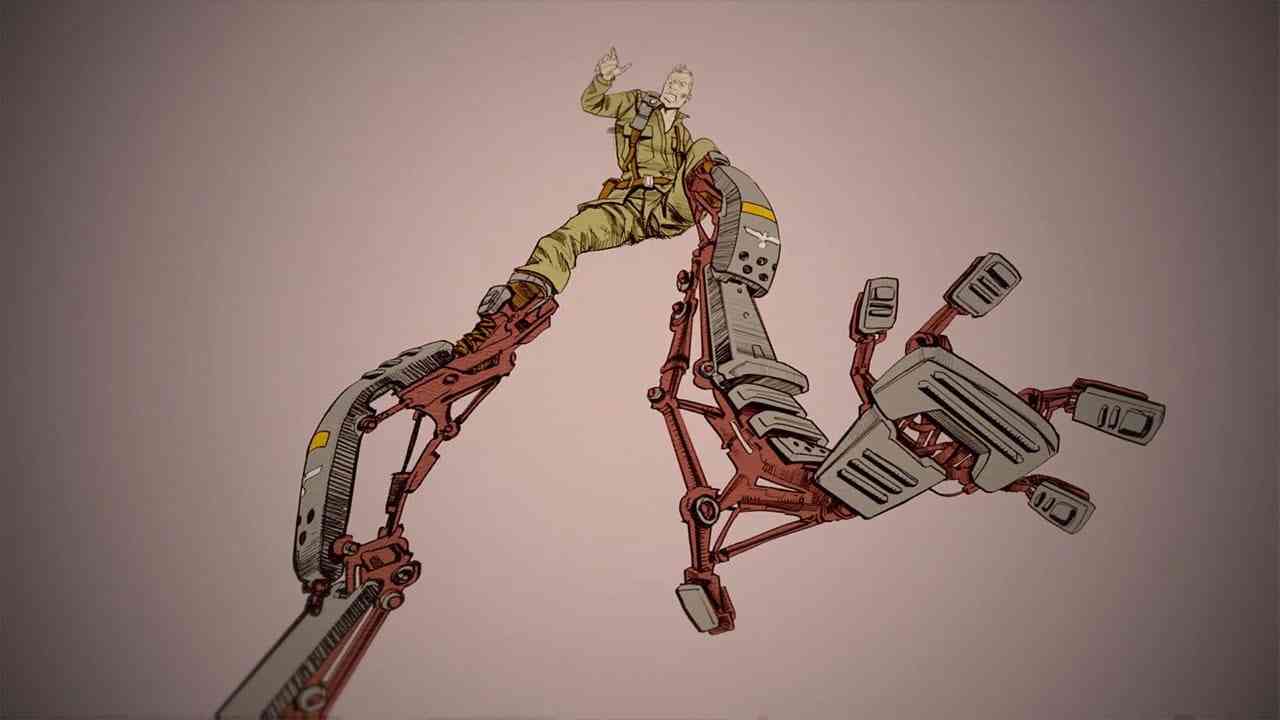 At the very least, the voice acting is as impressive as ever, and I’m still a fan of the comic book-inspired cutscenes. Sadly, The Deeds of Captain Wilkins informed me that it’s time to put Wolfenstein 2 to rest. I adored every minute I spent with Wolfenstein 2 leading up to The Freedom Chronicles completion. Each new character is interesting in their own right, and I hope they receive a cameo of some sort in the third entry of Machine Games’ Wolfenstein series. For more on Wolfenstein 2, you can check out our full review here.

DOOM Eternal Review – Metal As F***
Next Devil May Cry HD Collection Video Review – Does it Hold Up or Does Nostalgia Blind?
Previous Kirby Star Allies Video Review – A Return to Form for Dreamland’s Hero