Check Out Some of Bethesda’s Best on Game Pass

Earlier this week, Bethesda officially joined the Xbox family. Amongst the celebrations posted by Head of Xbox, Phil Spencer, came the announcement that more Bethesda games would be making their way to Xbox Game Pass this week. Today, those games have been announced. 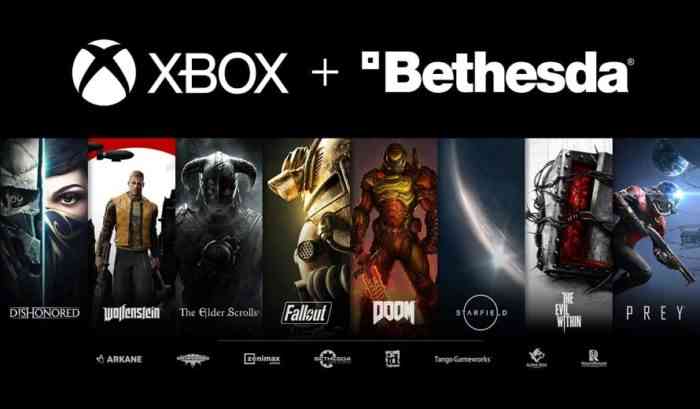 While a couple of the listed games are already available on Xbox Game Pass, such as Doom Eternal and Fallout 76, there are a number of new titles joining the line-up. The new batch of games includes a number of titles from the following series: Dishonored, Doom, The Elder Scrolls, Fallout, and Wolfenstein, as well as a few unique entries.

While this is quite an impressive list there are a few notable titles missing. There is no sign of Doom (2016) despite the rest of the series being present –the game has even been available on Game Pass in the past, so its absence is quite weird.

There is also the potential for more The Elder Scrolls game like Daggerfall, and Fallout games like Fallout: 3 to make their way to the service at some point in the future.

While most entries are available on all three platforms –Console, PC, and Cloud– there are a few titles like The Elder Scrolls: Online and Fallout: New Vegas that are not available on PC.

Crysis Remastered Trilogy Has Officially Launched On Various Platforms
Next
Someone Wrote a Book About the Making of 1994’s X-COM: UFO Defense
Previous
Alkimia Interactive Will Be Developing the Gothic Remake