In case you missed the news earlier today, Bethesda has officially joined the Xbox family. Head of Xbox Phil Spencer released a blog post to welcome the new studios to the Xbox brand. In said post, Spencer discusses their plan for Bethesda games on Game Pass. 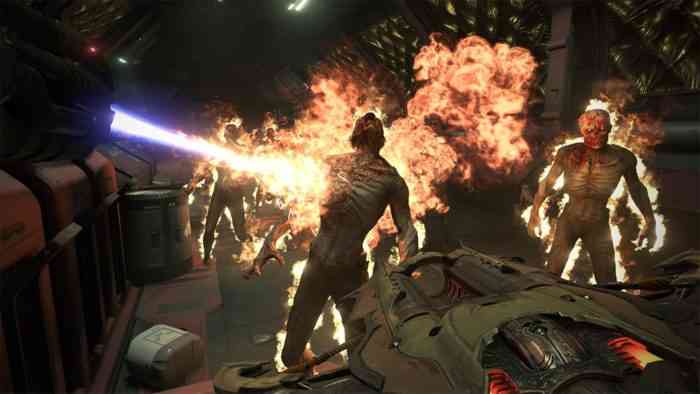 “Xbox and Bethesda have long shared a common vision for the future of gaming. Both as fans and as creators, Bethesda understands the potential of Xbox Game Pass.” Spencer explains. “We will have more to share about what’s next for our teams later this year. In the meantime, to properly celebrate this special moment, we are bringing additional Bethesda games into Xbox Game Pass later this week. Stay tuned for more details!”

While more Bethesda games are on their way to Xbox’ subscription service, there is no indication as to what these games might be.

The following titles are already available on Game Pass.

There are quite a few titles from the series listed about that are not currently on Game Pass. For instance, The Elder Scrolls V: Skyrim is on the service, but The Elder Scrolls IV: Oblivion and The Elder Scrolls III: Morrowind are not. Same goes with Fallout 3, Dishonored, Wolfenstein II: The New Colossus, Doom (2016), and more.

There is also the possibility that some of the titles already on Xbox Game Pass will make their way to PC or Cloud.

Regardless of which titles get added to the service this week, fans should expect more moving forward as Phil Spencer puts it “gamers should know that Xbox consoles, PC, and Game Pass will be the best place to experience new Bethesda games, including some new titles in the future that will be exclusive to Xbox and PC players.”