Today marks 25 years since Super Mario RPG: Legend of The Seven Stars was released on the Super NES. There’s a lot to love about this weird little RPG, from the writing to the charming graphics, but how about that length? While this isn’t normally considered a positive, having an RPG be something you can wrap up in a single day is a truly underrated quality. What with all of our gargantuan adventures we go on, what’s the advantage to having a slim one once in a while?

Whereas I was constantly looking for bigger, meatier games as a child, now I crave that svelte energy, that toned-down RPG figure that’s under 20 hours. As a person with a full-time job or two, a shorter game represents at least the dim possibility of seeing the end credits sometime in the next few months. But even beyond that,  there’s a certain allure to a smaller game. 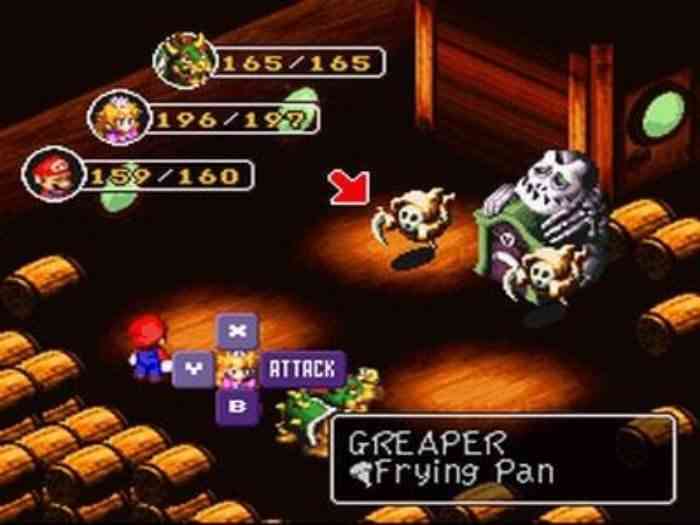 Once you’ve run a beloved game through its paces, there’s a dim impulse to maybe do it again sometime soon? And I’m telling you, when that game is under 12 hours you are much more tempted to give in to that impulse. There’s a reason I’ve beaten Super Mario RPG over a dozen times. If it’s short enough, you start feeling like you can improve your time. You think to yourself, ‘maybe this run will be the perfect one.’ And you believe it, too! That’s the power of a tiny game.

Even beyond its length, Mario RPG is a prime cut without an ounce of fat to speak of. You’re constantly moving forward, trouncing new baddies, finding new locales, and gaining new skills. The momentum is so powerful, you find yourself stumbling full-speed to the final dungeon. The whole experience is just butter-smooth. Add that to the timing-based combat, the unique sprite art, the clever writing, and the bouncy soundtrack, and you’ve got yourself a timeless classic.

It’s unlikely we’ll ever see this particular version of the Mario role-playing formula again. Nintendo has since moved on to more action-oriented pastures, you see. Also the company they made this game doesn’t technically exist anymore. So those ardent fans looking to see Geno come back in some form will never get their wish. At least there are a handful of legal ways to re-visit this classic title. Maybe Nintendo will throw us a bone, and bring Super Mario RPG on to the Nintendo Switch?