While it isn’t anything new to face off with your friends against hordes of the undead, Strange Brigade proves that a game is more than just it’s genre. Full of charm coming from every corner, this game about destroying hordes of zombies, skeletons, ghouls and more take’s the genre and creates a fresh new idea with its story and characters – especially the narrator. If you are looking for a more light-hearted approach to taking on the undead hordes, this might just be the game for you. With so much going on, why not check out our video review below and see our thoughts on this kooky and lovable experience that is Strange Brigade?

Strange Brigade is a charming and interesting take on the zombie horde-mode subgenre of gaming. Players tackle the hordes of the undead in a third person shooter as part of the Strange Brigade: a team of 1930’s intrepid heroes and treasure hunters. After an ancient evil is unleashed, the Brigade must head to Egypt and stop it before it can take over the world. The narrator – while annoying at first – quickly becomes one of the biggest selling points of the game, using alliteration and puns to really sell the cheesy 30s aesthetic – not to mention speaking directly to the player. It’s a fun experience that keeps you on your toes, if not without its faults: the game is repetitive as it’s built to be all about gunning down the undead. There are also some issues with loadout options and explosives, but overall its a fantastic experience and a blast to play with friends. 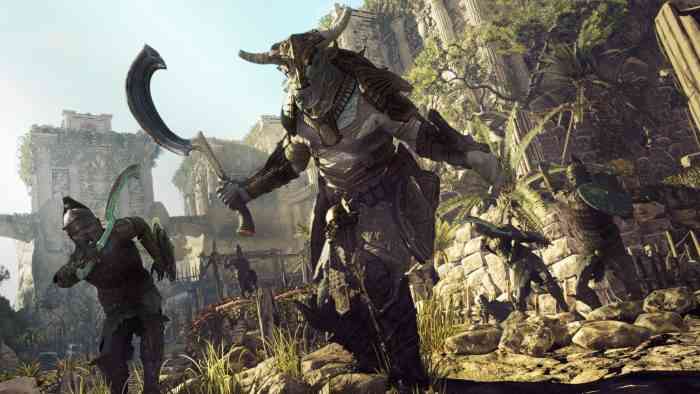 Strange Brigade is available now on PC, PlayStation 4, and Xbox One. For more information, check out the game’s official website.