19 years ago the original Serious Sam title was released. Now, 9 long years after the release of Serious Sam 3, Croteam is back at it again. That’s right, Serious Sam 4 has finally arrived and the series is better than ever! Interestingly, despite Serious Sam 3 being a prequel to the original title, this latest in the franchise is a prequel to all three. Which means, in a manner of speaking, this is the prequel’s prequel. Don’t think too hard on that point though. 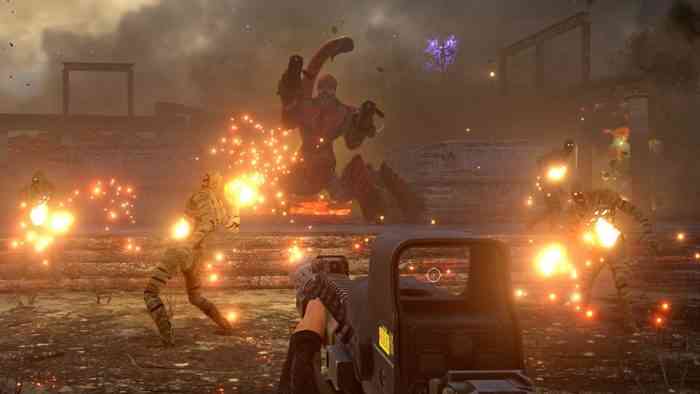 Serious Sam 4 is a first person shooter that brings its explosive nature to the forefront. As humanity is under siege from a variety of new and familiar enemies alike, Sam Stone and his hilarious cast of misfits must save the world with timely one-liners and an epic arsenal of weapons. There’s frantic gunfights and a ton of action set to scratch that itch if you’ve been looking for a fun and exciting FPS to jump into. If you’re not entirely convinced, you can check out our video review below for all our thoughts.

Now if you’re new to the franchise, or are just unsure about what to expect, here’s a brief snippet from the official game website, “Humanity is under siege as the full force of Mental’s hordes spread across the world, ravaging what remains of a broken and beaten civilization. The last remaining resistance to the invasion is the Earth Defense Force led by Sam “Serious” Stone and his heavily-armed squad of misfit commandos…The classic Serious Sam formula is revamped by putting an unstoppable arsenal up against an unimaginable number of enemies that requires players to circle-strafe and backpedal-blast their way out of impossible situations.”

If you’re looking to read our full review, you can find that here. Serious Sam 4 released on September 24th for PS4, Xbox One, PC, Mac, Linux and Google Stadia. Have you taken on the swarms of enemies in Serious Sam yet? If so, what do you think about it?  Let us know in the comments below or on Facebook or Twitter.